The Quick-Fix Photo Tour of Shapowei 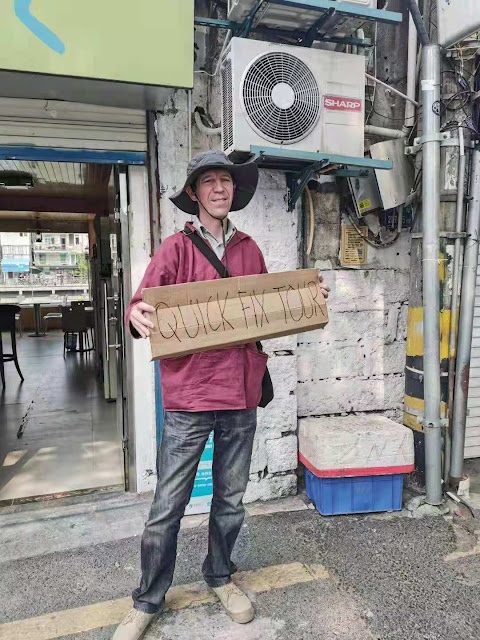 I have a passion for quick-fixes and have been taking photos of them for the last five years. It seemed like it was about time to share a bit of the fun with other people and how better to do that than in the form of a tour! This is, therefore, a new tour and a slightly different format to my previous ones: it is a photo workshop as much as it was a guided tour. Still, I must admit: I am back on the street and giving a tour once more. It feels good to be back! 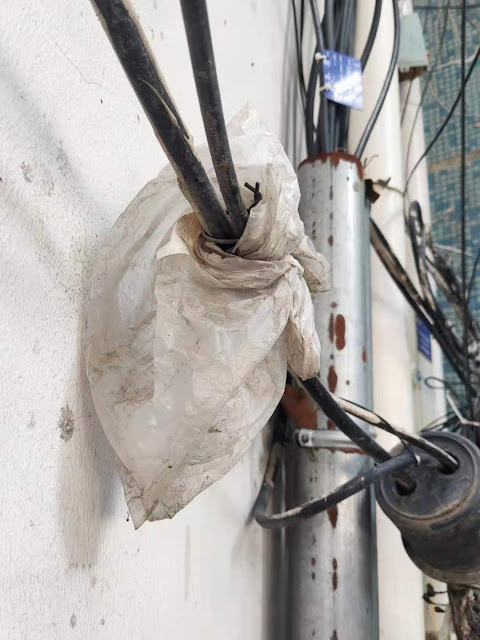 The tour is the opposite of most Xiamen tours in the sense that, instead of stopping at one scenic site after another and working our way through the checklist, we seem to stop at things like this: a plastic bag tied around wires on the forgotten side of a building. There is, however, just as much to say about this sort of place as there is about the statue of some leader or an exquisite beach, this assemblage of plastic is raw creativity. 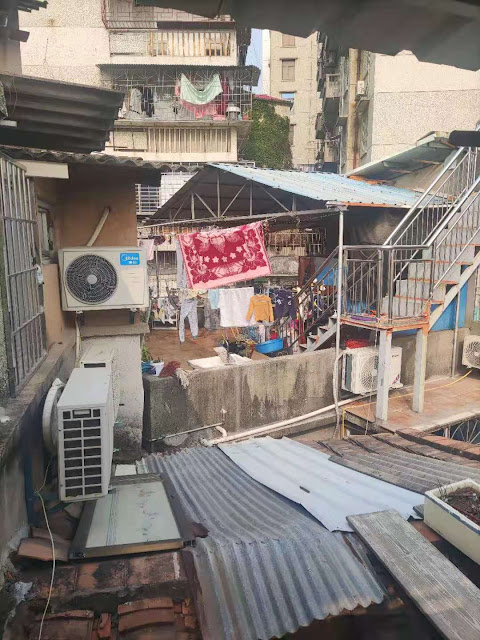 The sort of tours I like are open to unexpected things happening and this one was no exception. As I was waiting to begin the tour I got talking to an Italian student who is studying at the university. I ended up convincing him to come along on the tour and he made a useful contribution to the discussion. What's more, when I set the participants the challenge finding and taking a picture of a quick-fix themselves, he took me to his single-room apartment as it is a nest of quick-fixes. It is also in a fashionable part of the city and costs just 800 rmb a month, that's about £80, so it's no wonder it is like this. 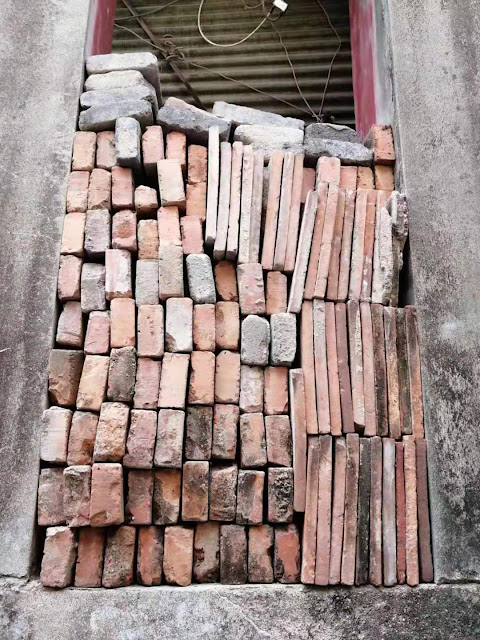 This is the sort of picture the participants came up with themselves. What I like about these pictures, when they are at their best, is that they reveal a story. You can see how someone went about filling in the space and how they worked it out as they went along. What's more, you start to see recurring problems when you record a number of these quick-fixes. With these recurring problems you see common solutions but so too do you notice innovative ones, some of which are exemplary while others could be classed as bodges. Recording the whole range is worthwhile. 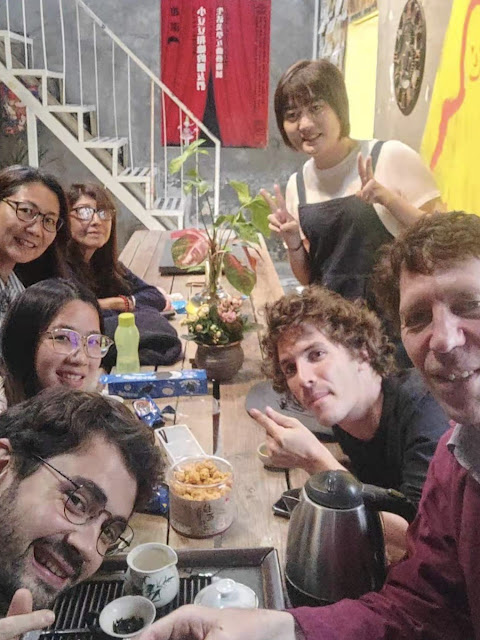 We finished the tour in a community space where we looked at the photos and I gave some advice on how to improve them, both when taking them and through editing. This was, finally a photography workshop in the shape of a tour. It felt good to invite the participants to be active in the tour by first taking pictures then later spotting their own quick-fixes. What I learnt from giving the tour is that taking a good image is not only a technical task it is also deeply connected to thinking visually. It is necessary to have a clear idea of what you are looking at and where the focus of it is, in order to capture the phenomenon with clarity. This has lead me to realize that this tour could be useful to anyone who has to use images when presenting research as it helps to bring the idea of the image and the reality of it, into greater congruence. Learning in action.
Posted by Bill Aitchison at 09:43