Beijing has its tourist sights, and I've seen most of the major ones, one way or another, by now. However, when I read that there was a museum I had not yet visited and that it had an audio guide, I needed no further encouragement. OK so the museum turned out to be the anti-Japanese museum which is more a political place than a standard tourist place but no problem, that's what this blog is for. I was hooked. Getting to this museum proved to be a minor challenge as it is located in an out of the way spot far from any subway stations on the West 5th ring road. Although Beijing is a capital city and has its international community, it's somewhat localised and this area was clearly well off that map. 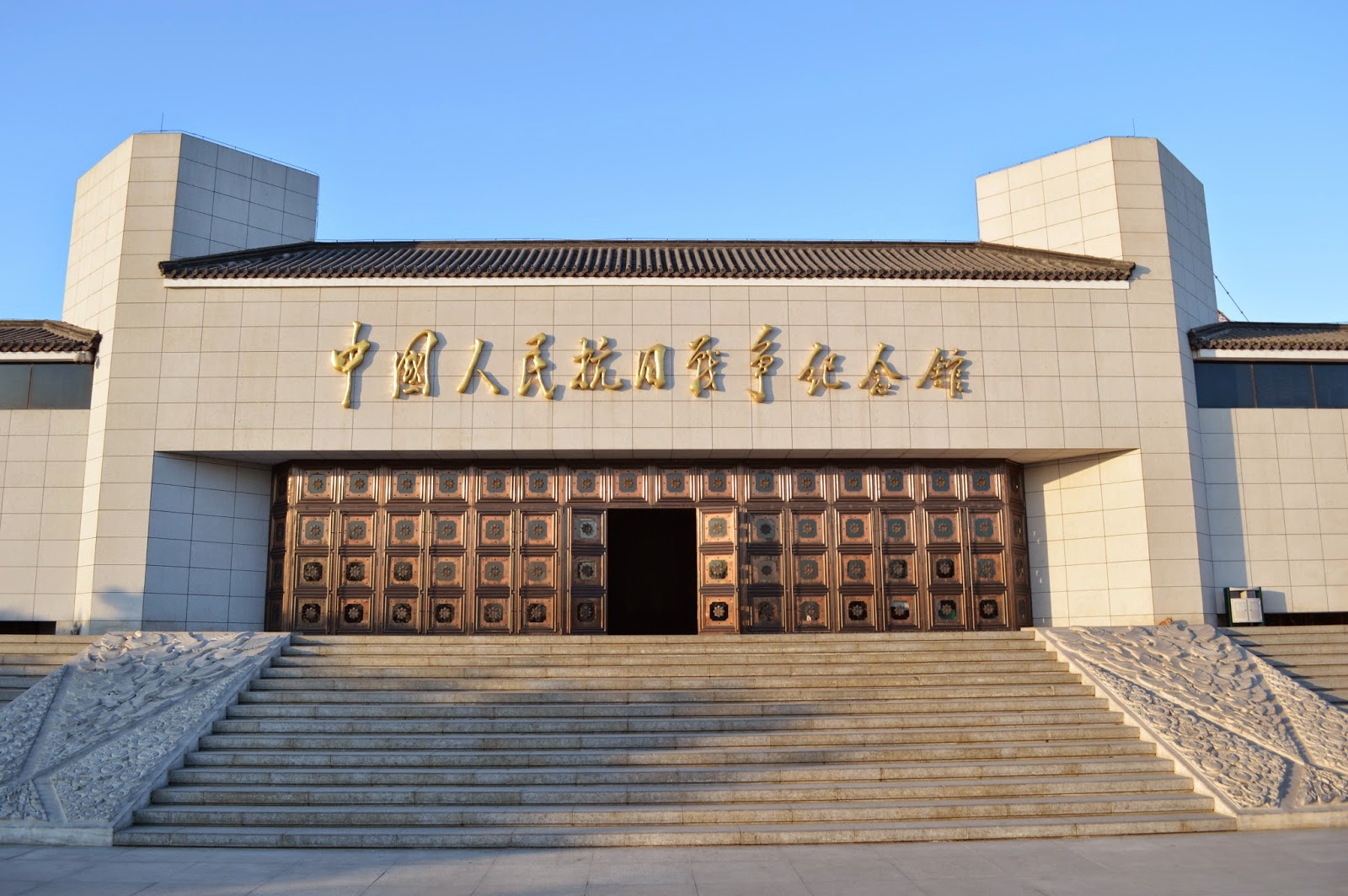 Parked outside of the Museum of the War of Chinese People's Resistance Against Japanese Aggression were clusters of black cars, the type synonymous with Communist Party officials and 'don't give a fuck' drivers. The museum's name hardly rolls of the tongue but each part of it is there for a reason, as I was to discover. Passing through the airport style security at the entrance, I was asked to show ID and when the woman at the desk realised I could speak a bit of Chinese she was quite friendly and handed me a free ticket. I'm guessing they don't see many foreign visitors here outside of political guests invited for formal occasions. 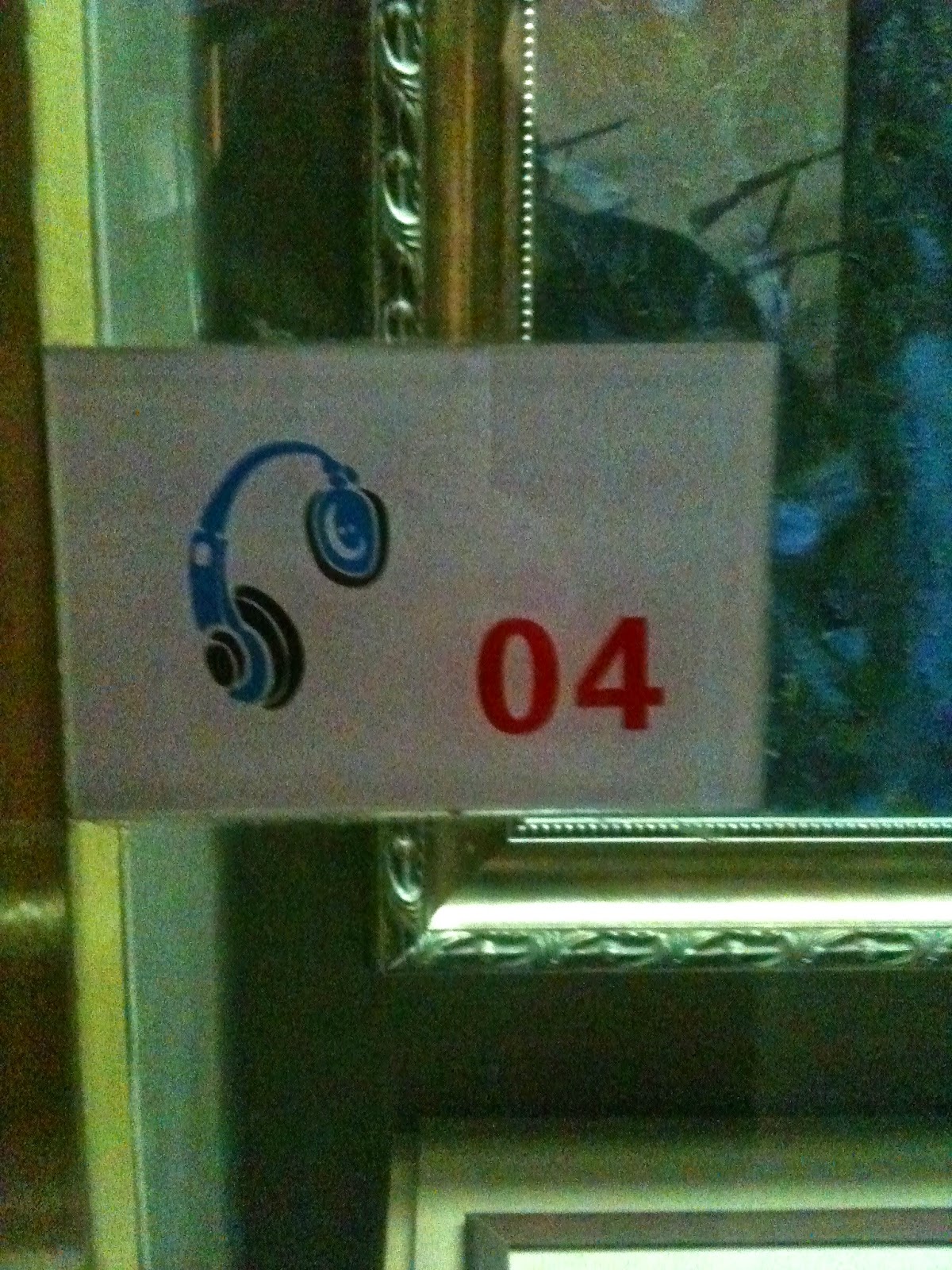 I rented one of the audio handsets from the information desk where two ladies were drinking tea. The audio tour was very formal in the sense that the woman speaking gave absolutely nothing of herself. It sounded like the script had been written by an official historian and her job was simply to deliver the message over discrete Chinese elevator music. Her English was passable but she had a strong accent and broken rhythm which made for a monotonous commentary. Sometimes the accumulation of dates, names and numbers can have a hypnotic effect beating the listener into submission but this audio tour didn't even achieve that, it simply banalised the material. Once in a while new sentences had been dropped into the pre-existing recording but they had not managed to do this smoothly so these words popped out and drew attention to themselves. 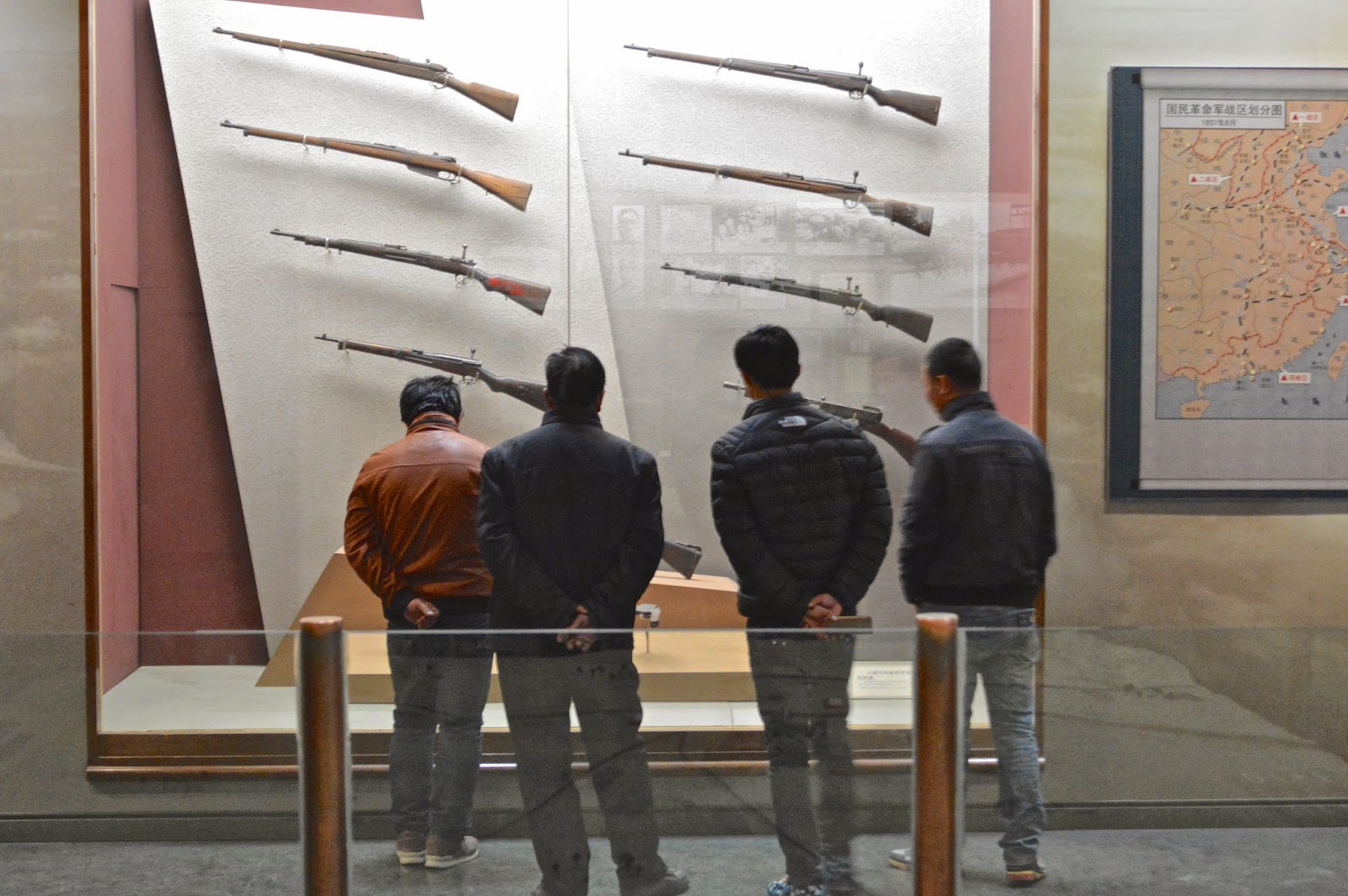 There were lots of maps and displays of war memorabilia; the most popular items proved to be the guns. 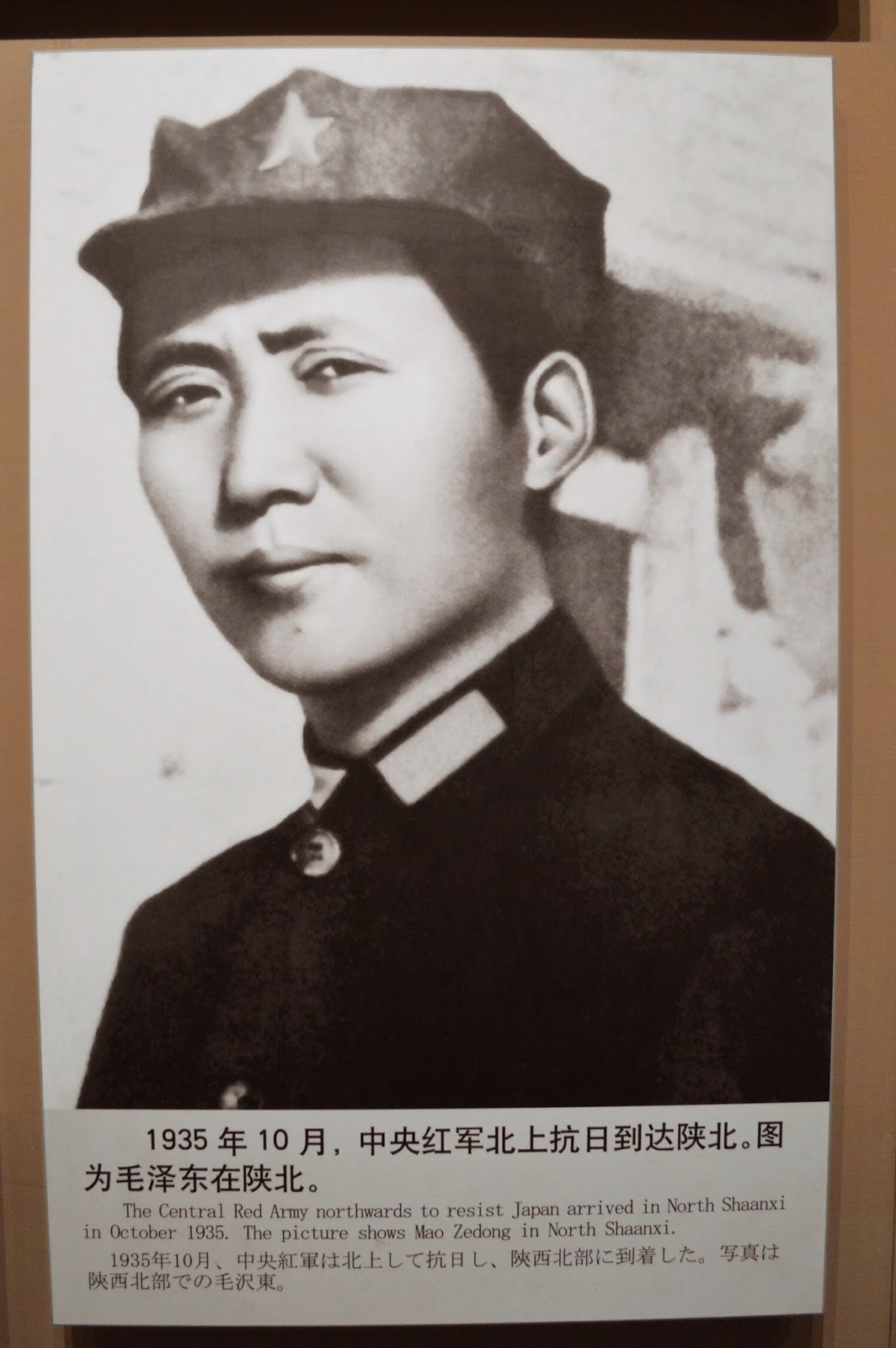 A striking thing about the period photos was that there was one that looked quite unlike any of the others. Whereas the rest were grainy photographs, snapshots salvaged from the past, this one looked like it had been photoshopped just a little too energetically. 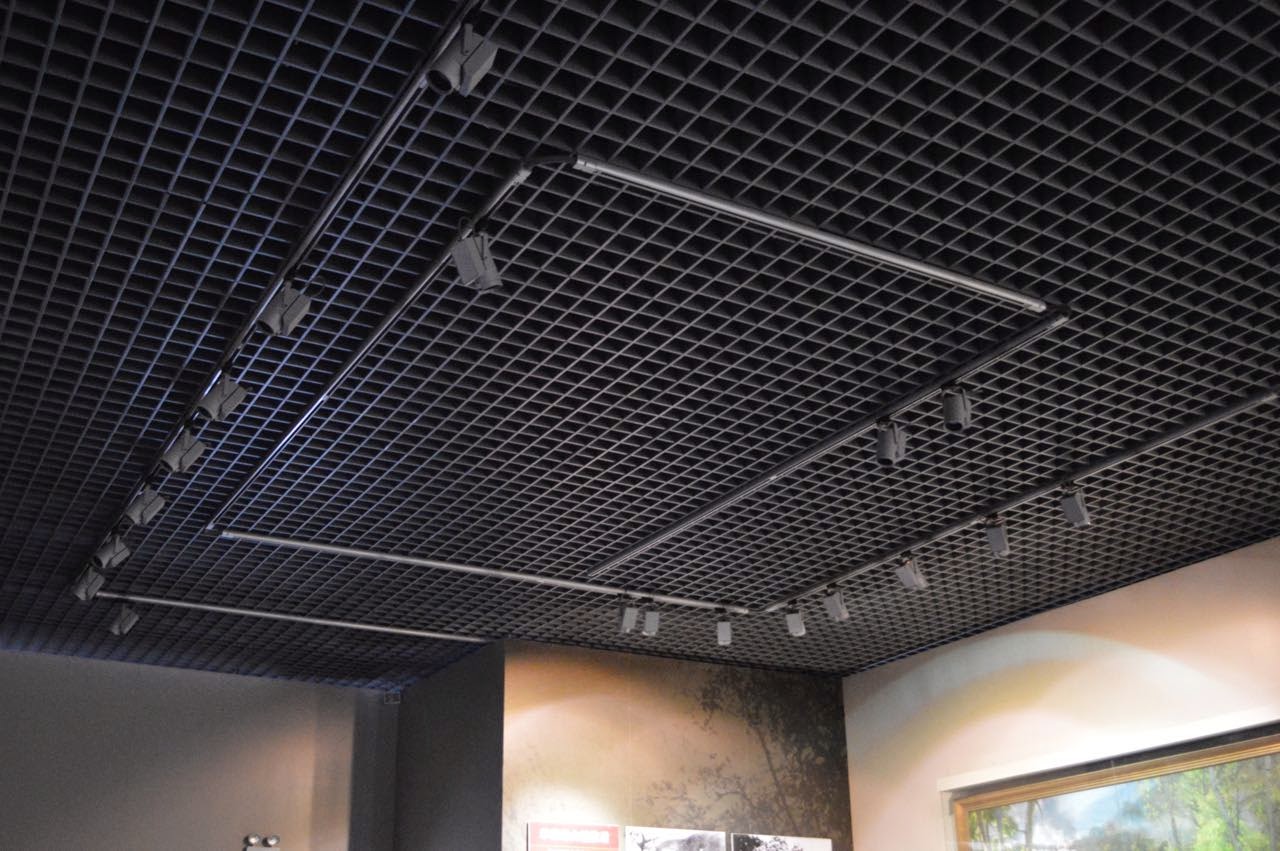 The staff, who outnumbered the visitors to the museum, wore a variety of uniforms: many of the men looked more like soldiers than museum attendants while the women looked like police clerks. What they had in common was they pretty much all looked utterly bored. I became interested in observing how the different members of staff seemed to cope with the challenge of working in such a sleepy environment. There were some who appeared bored in a very stoic professional way displaying a degree of dignity and gravitas. Others gathered in pairs and spent the afternoon stretching out a prolonged gossip while some sat alone playing with their phones their entire body sinking into a cloud of entropy. The lights in many of the rooms were set to a motion detector and only illuminated when someone entered. This got me playing with them looking for where the sensor was located and then sneaking up into the darkened room. I guess I was looking for things to entertain myself with and that is where the museum took me. 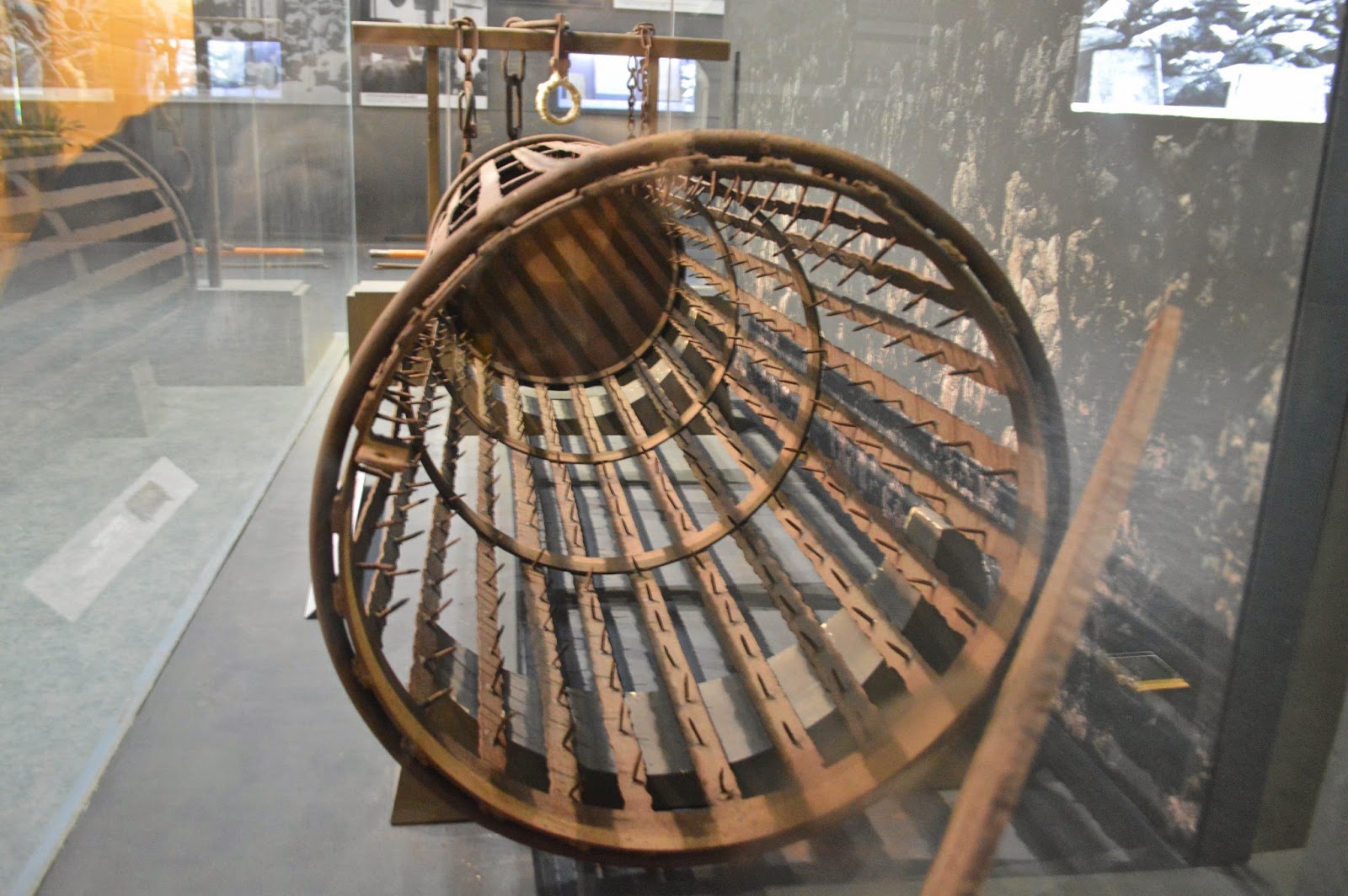 It was all too easy to switch off but then every now and then I'd see something that would jolt me back into the present such as this Japanese torture instrument put on display to show what life was like under occupation. 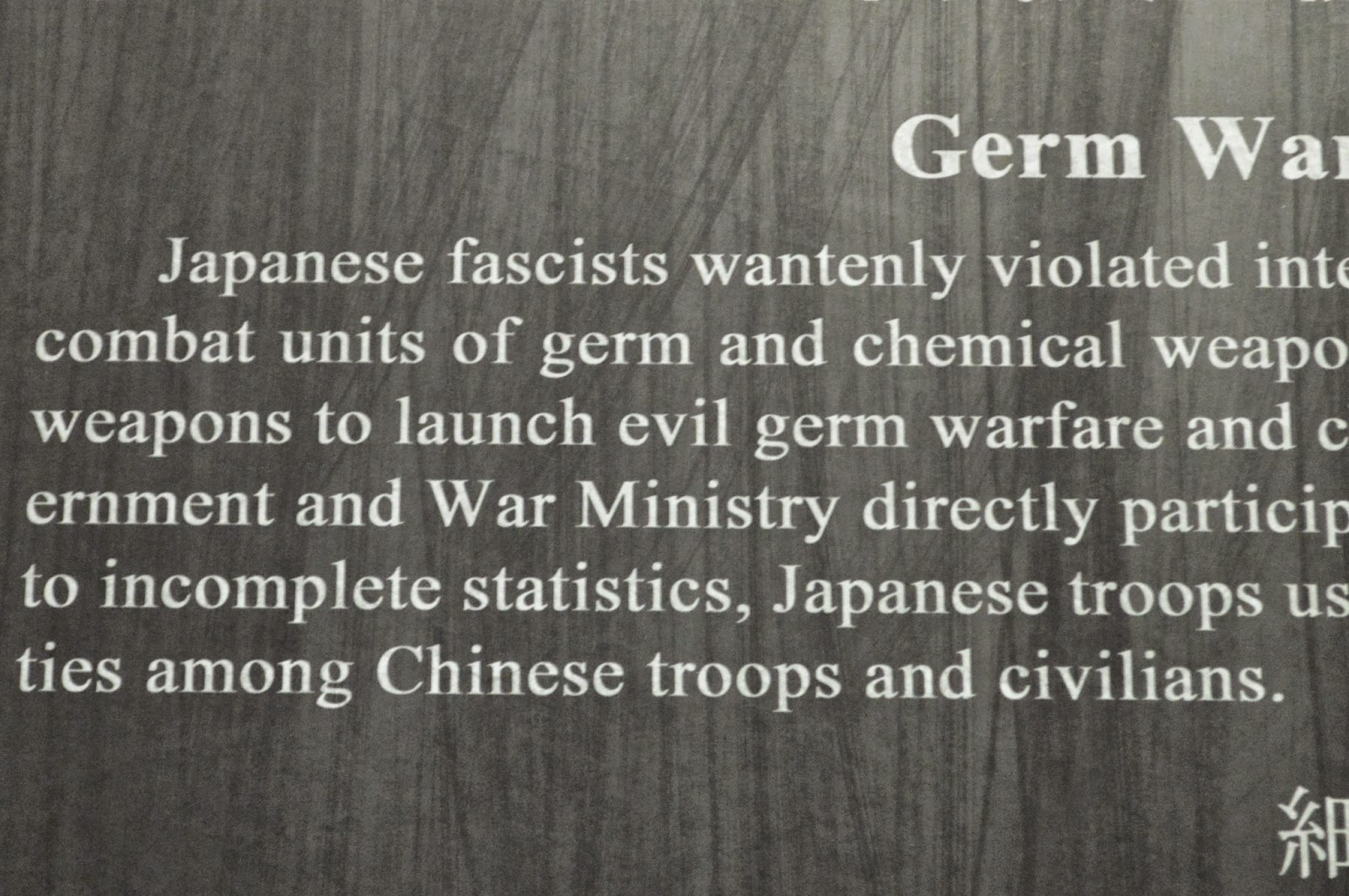 The translation of the audio tour and signage was neither good nor bad, it was simply heavy handed and while it had its Chinglish moments it managed to avoid any genuinely laugh out loud funny mistakes. For example, again and again the Japanese were described as wantonly doing this or that to the point that I could be pretty well be sure that she'd throw in at least one wantonly in each paragraph and I was practically waiting for her to say it. The texts more or less repeated the same information and expanded upon it with the odd spelling mistake and formatting error here and there but again, nothing drastic that took me seriously outside of the material. 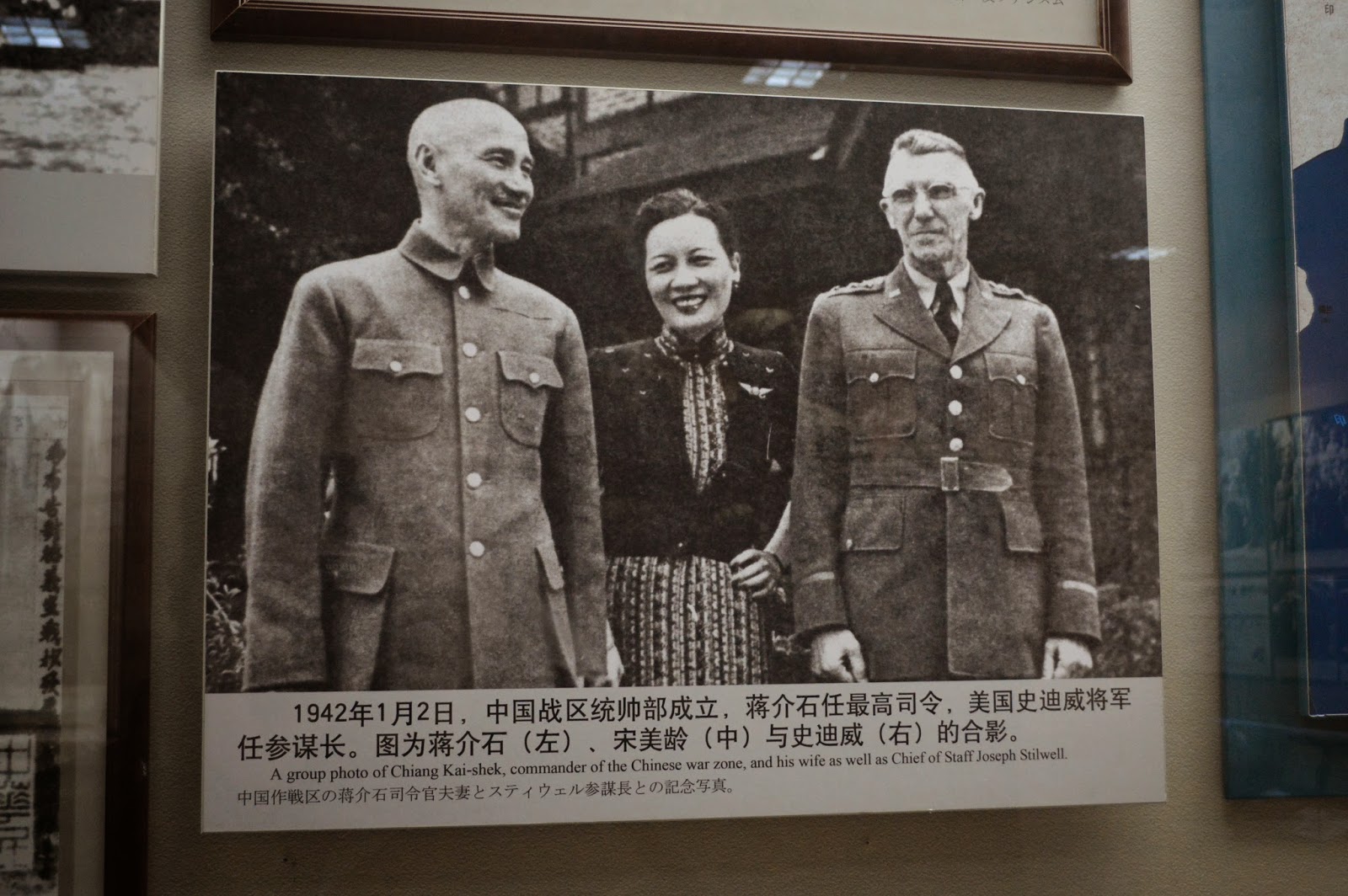 20th Century Chinese history is anything but simple. The museum nonetheless offered an authoritative version of what happened. Not knowing the intricacies of it myself I had to simply wander around and soak up what was given. That said, I did notice a few things that left more questions than answers such as this photograph of Chiang Kai-shek with his wife and the American Joseph Stilwell. The commentary I had heard up to this point had stressed how the fight against the Japanese had been led by the Communist party and then, here was the a photo of the Americans who were assisting the fight against the Japanese, but they seemed to be closer with the other side in the Chinese Civil War, the republicans led by Chiang Kai-shek. Why were the Americans siding with them if they were the junior partner? 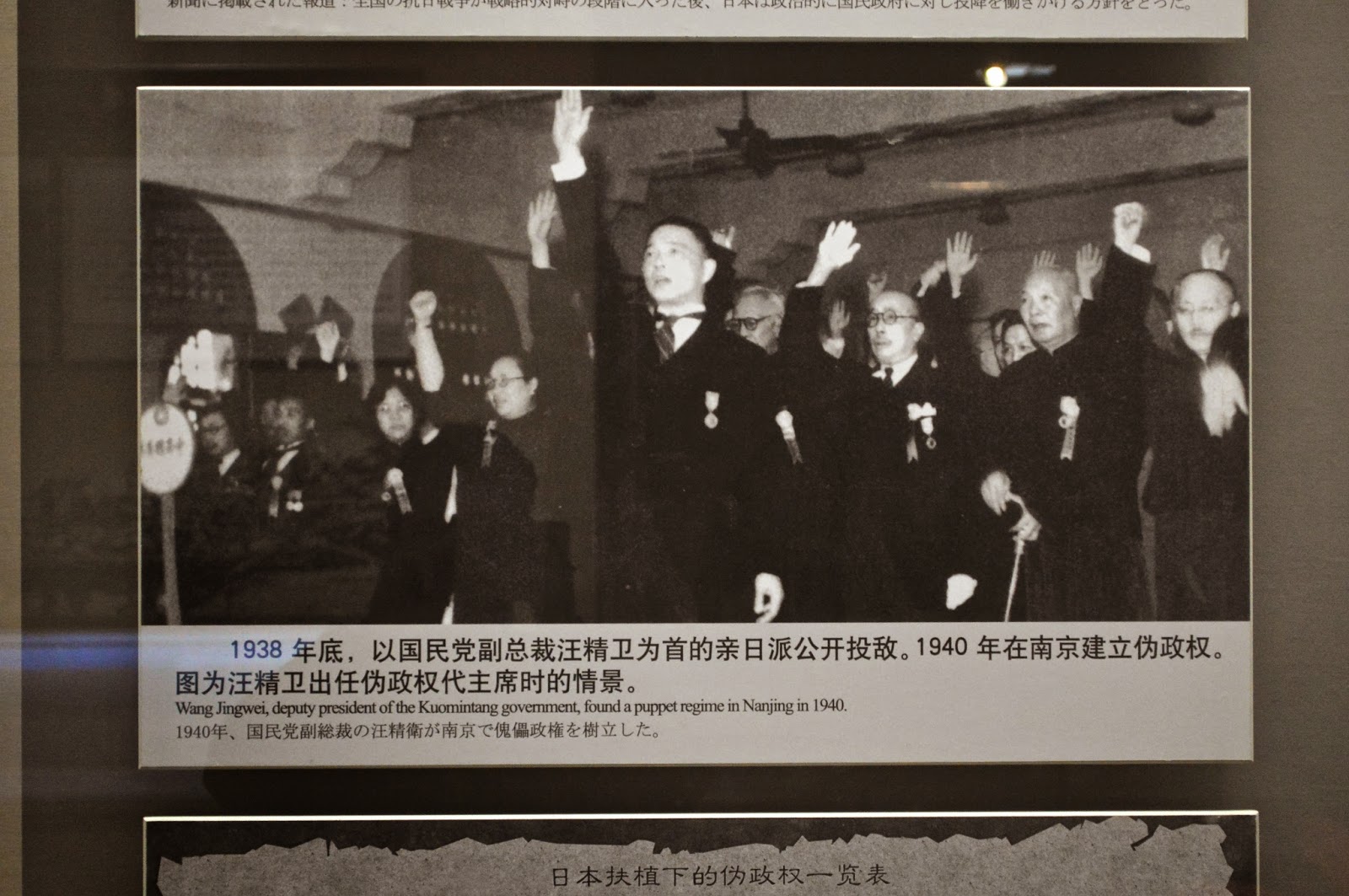 The narrative that was built up by the text was that the Republicans were in favour of compromising with the Japanese and some even formed a puppet state under Japanese rule. Other versions of the history exist, however, which counter this marginalising of the Republican role in fighting the Japanese such as that recently offered by Taiwanese Hao Bosun. 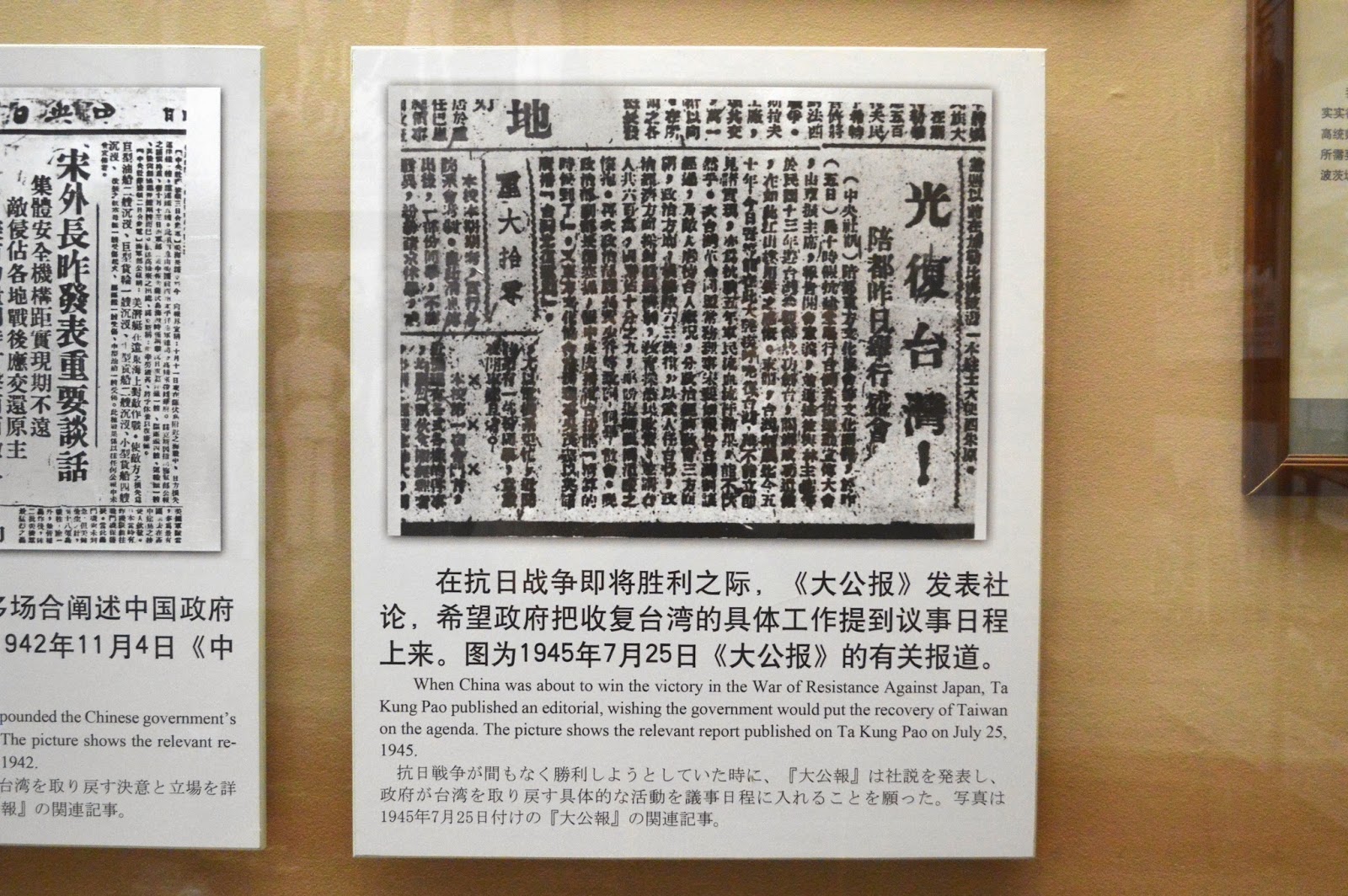 The issue I read underneath this was that the Civil War, interrupted by the Japanese invasion, was the defining period of the Chinese Communist Party and quite possibly the catalyst that brought them to power. The exhibition wanted to emphasise their legitimacy over the Kuomintang, who finally took shelter in Taiwan. The tricky thing here is that the issue of Taiwan is an ongoing sovereignty dispute with competing territorial claims and the exhibition was quite obviously laying out the PRC's official position on the matter. Looking at this I was reminded of the Imperial War Museum (IWM) in London as that's a museum that ostensively sets out to show the reality of war but inevitably shows it from a very British perspective without even seeming to set out to do so. In that sense the place is not so obviously trying to make you believe a certain line, it is itself a manifestation of an underlying national ideology. I used to sometimes visit the IWM with a friend and we'd walk around and laugh at how old fashioned it was and imitate the retired soldiers who worked there as guides telling their war stories to whoever would listen. It wasn't possible to extract that sort of ironic humour out of this visit as this was not my country's vanity on show and besides, the very real mass killing resulting from the Japanese occupation was too present in the displays. Still, the question remained with me throughout, what are the purposes behind the creation of this museum that opened only in 1987? 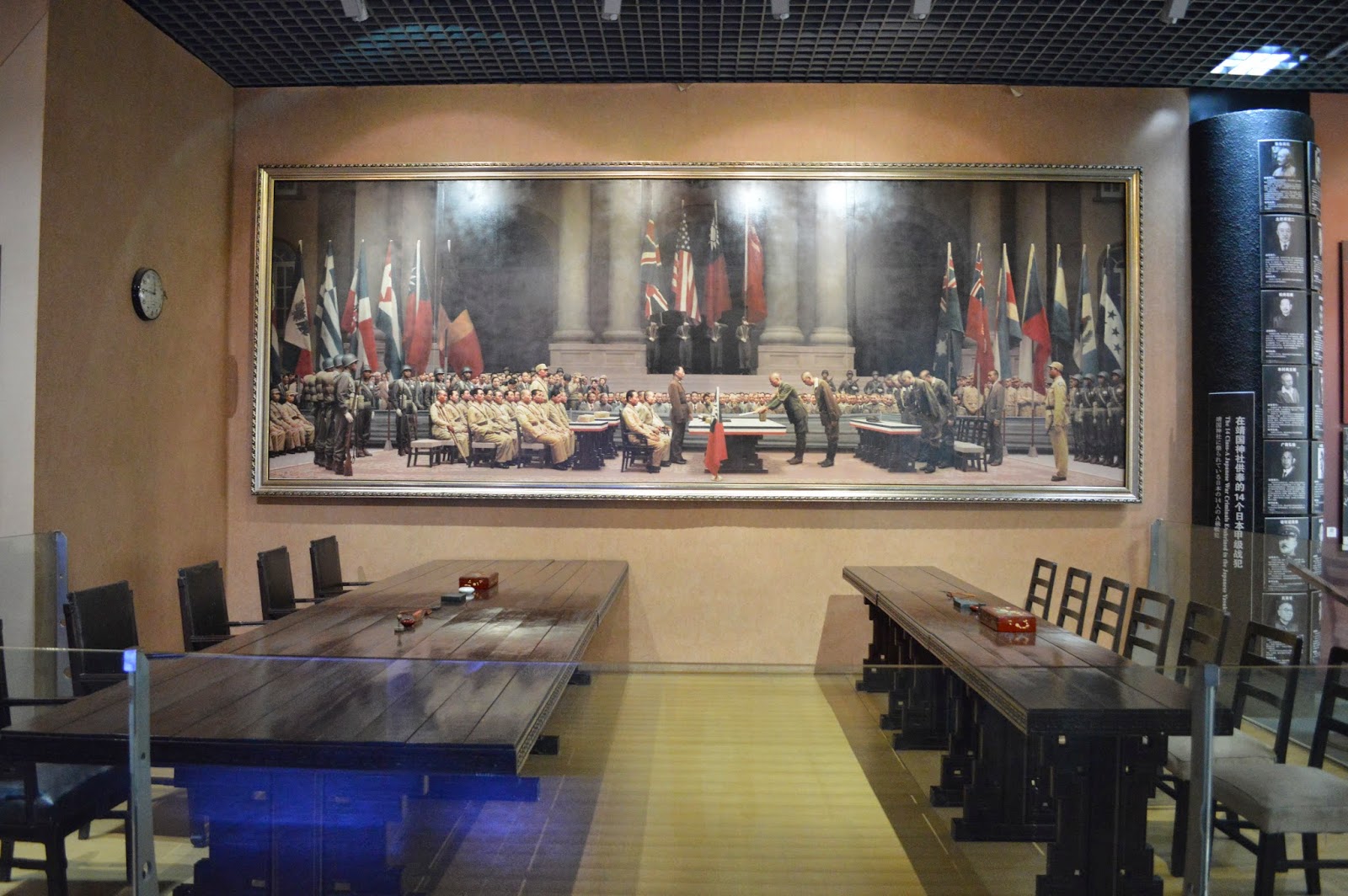 The most prominent display was saved towards the end of the tour, the scene of Japan's surrender. The fact that this was life-sized and also featured as a painting was difficult not to miss. 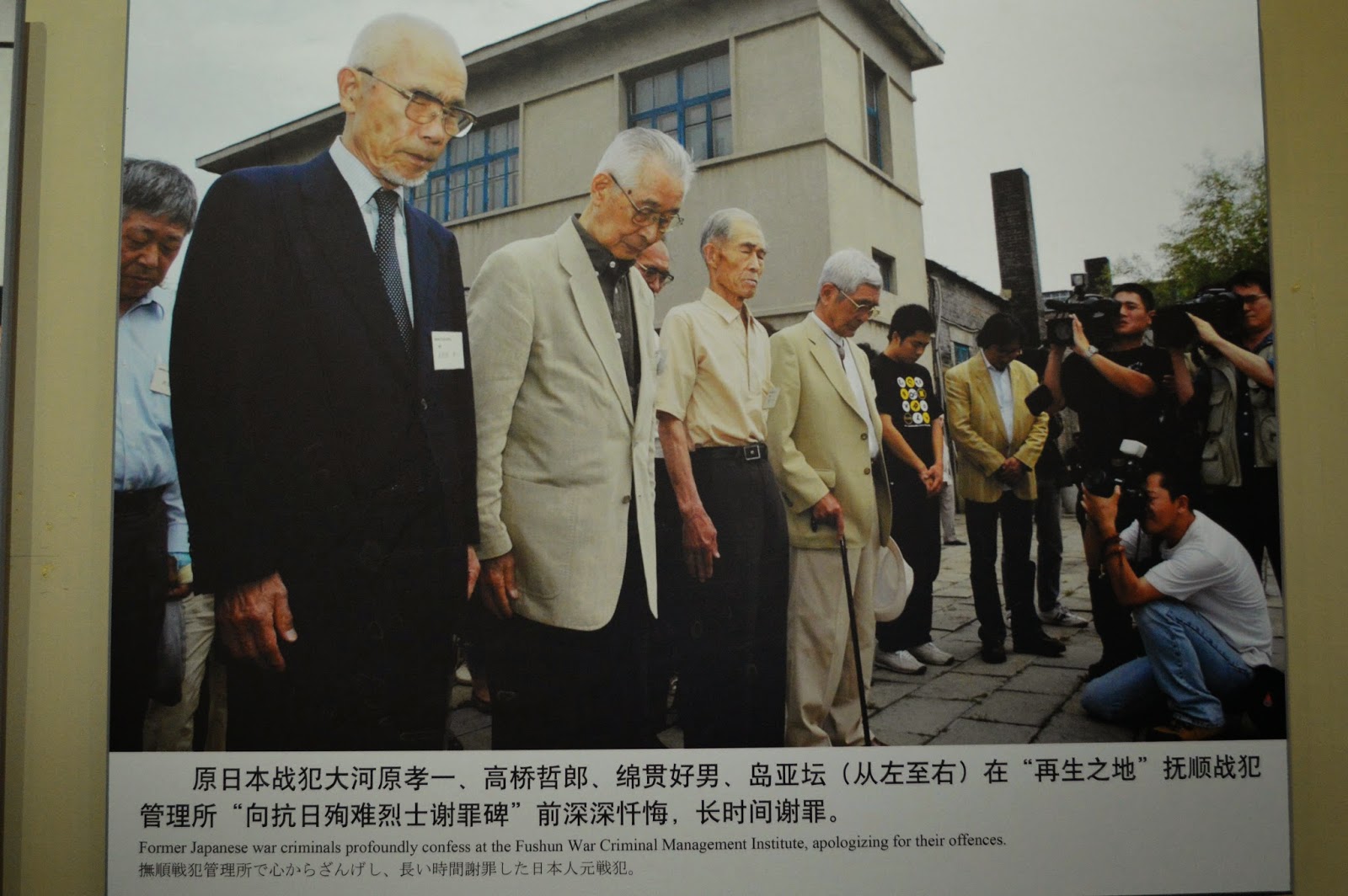 There was a large notice on display reading "Chinese and Japanese People Should Be Friends Forever" and nearby it was this picture. This brought to the surface the second underlying tension in the museum: contemporary China-Japan relations. I have the impression that there remains widespread popular hostility towards the Japanese in China today, though that doesn't necessarily stop people buying their cars. While the government wants to maintain peaceful relations and restrict conflict to the realm of economics, peaceful relations are on certain terms and one of those is the full acknowledgment of Japanese culpability in the war. Alongside that are more worldly territorial claims, neither of which are currently being fully met. This museum was indeed the location for a presidential speech along those lines. 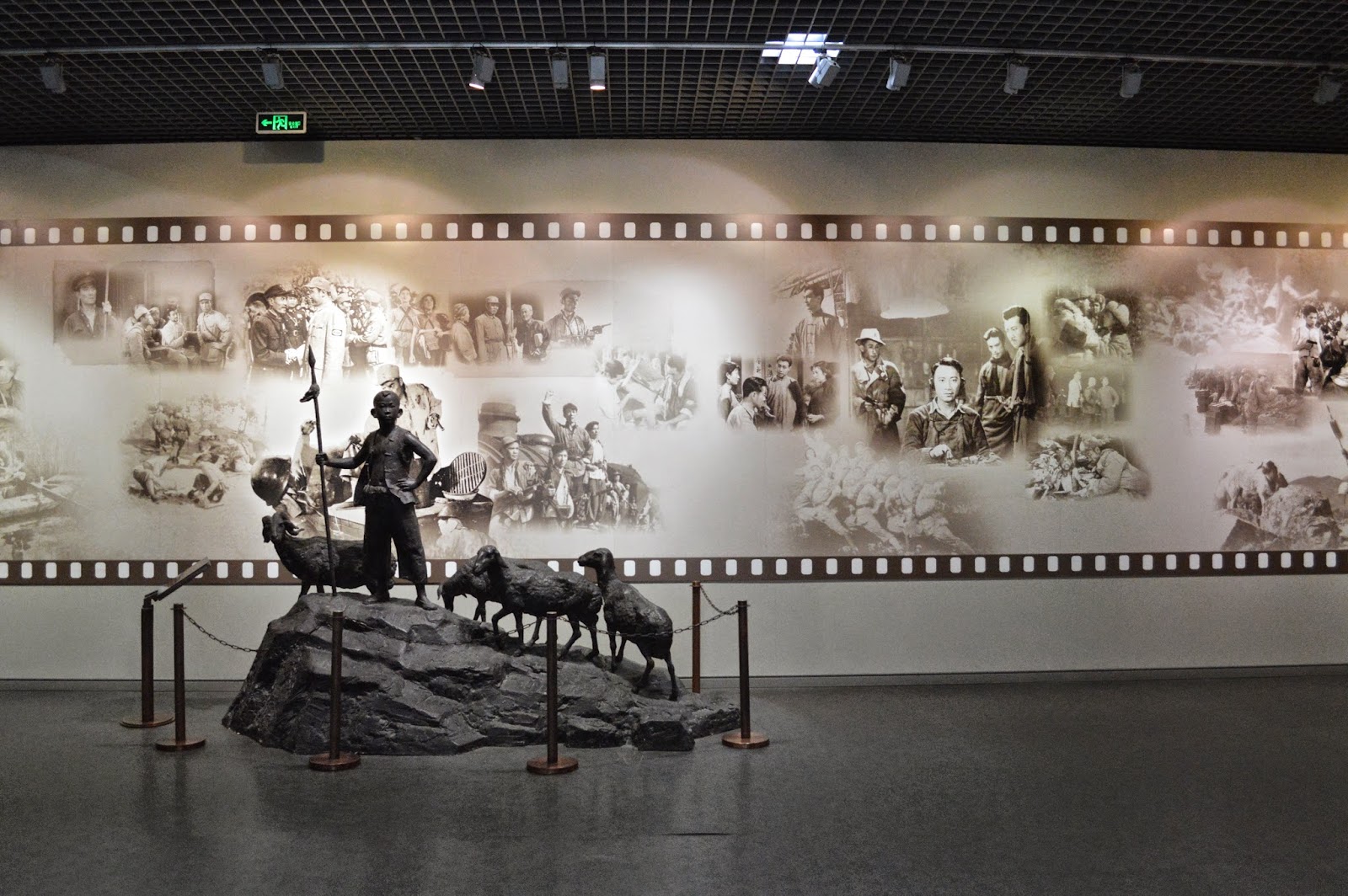 Anti-Japanese TV dramas are a big deal in China; if you switch on the TV at any time of the day and flick through the channels, chances are you'll find one. The wall shows many moments from these dramas, which most mainland Chinese visitors will be familiar with to a greater or lesser extent. I couldn't help but again make analogies with my own country which for a long time saturated itself in Second World War movies that reassured the British public that they were on the side of the righteous. I already felt that those movies were kind of stale to me when I was growing up in the 80s so I am surprised to see how prominent such movies and TV series still are here in China today. With such a long time having now elapsed between the war and our present day, animosities must be drawn mostly from movies and second hand experiences, rather than direct experience. As such, getting the story right is more important than ever as it is all too possible to stoke hatred for political expediency or even for plain entertainment value. With such divergent interests and narratives between China, Japan and Taiwan it is difficult to see where any sort of consensus can emerge. With this in mind I left the museum tuning over Nietzsche's line "there are no facts only interpretations". I later read the museum's website which claims it has received over 16.6 million visitors since opening, a number that I find hard to believe based on my visit where I saw about 10 visitors in the space of an hour and a half. I have the feeling they are quite happy to interpret facts very liberally here, and as such, a visit to this museum is most definitely educative, though I'm not sure the lessons I took away with me were those that were intended.
Posted by Bill Aitchison at 02:36 No comments: