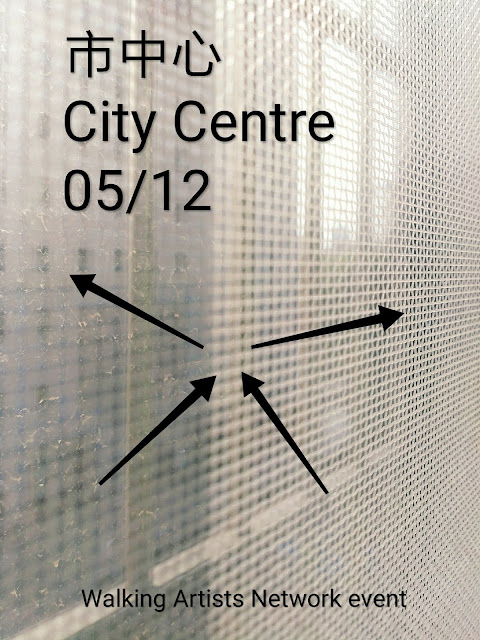 I learnt about City Centre through the Walking Artists Network and the idea was people in different places around the world would all follow the same instructions for a walk on May 12th. In this way we'd walk together while also being apart. The walk is one of the many collected in the book Ways To Wander and Blake Morris, who made the call out, has made it his job to try out the whole book. 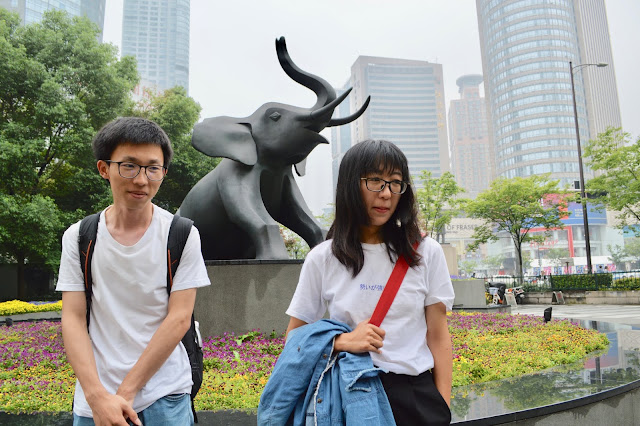 Choosing a meeting place was not too hard as there is a general consensus, even among Nanjingers, that the centre of the city is Xinjiekou. At the very centre of this area (in the background) is a roundabout, the intersection of the city's main, north-south and east-west roads. At our meeting point, a silly elephant sculpture. 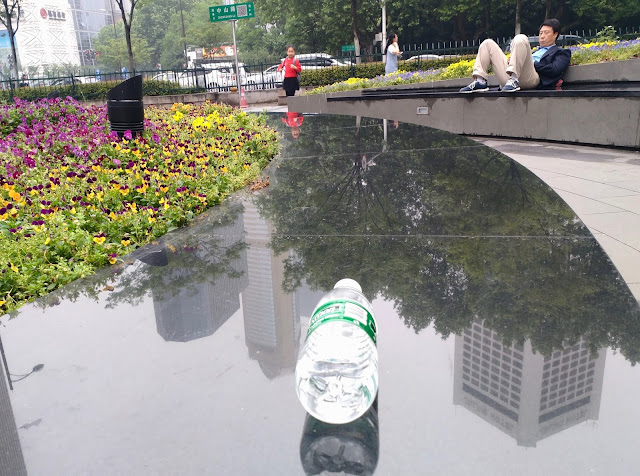 Our first task was deciding which direction would lead us out of the city centre. This was a weighty decision as it would determine much of what would follow and since many of us knew the city well it was also an unwelcome one. I didn't want to already have too clear a picture in my head of where I'd go and what I'd see so it was left to a game of spin the bottle. Our clothing remained in place as the bottle pointed to the west. 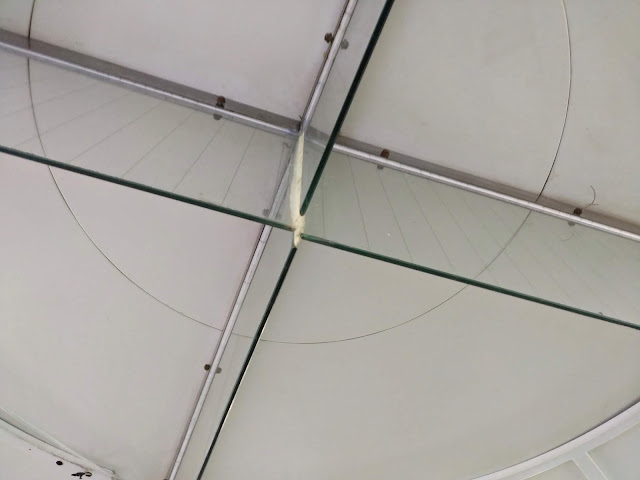 In order to take our modest Journey to the West, we had to descend into the subway station as there are no pedestrian crossings at street level. I have always found this surrendering of the centre of the city to an inaccessible traffic roundabout deeply troubling and I'm irrationally happy when, late a night, I see pedestrians climbing over the barriers and running across the roads. Underground, there is a mirror of the roundabout above with the 24 exits of the station spiraling out from it. At the centre of this underground pedestrian junction, it is possible to reach the centre. This is what it looks like. 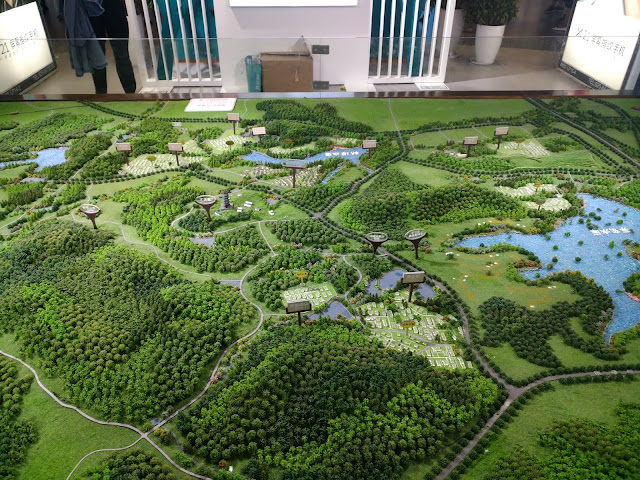 Below the central axis was a large model of a luxury real estate development out in the far suburbs. The city is busy eating up the surrounding countryside and as this is a powerful economic force right now it was perhaps fitting to see how, at the very heart of the city, it was the suburbs that we found. We knew we were never get this far out in our walk, but it was good we found them all the same. To understand the city it is necessary to understand what is happening out on its edges right now. 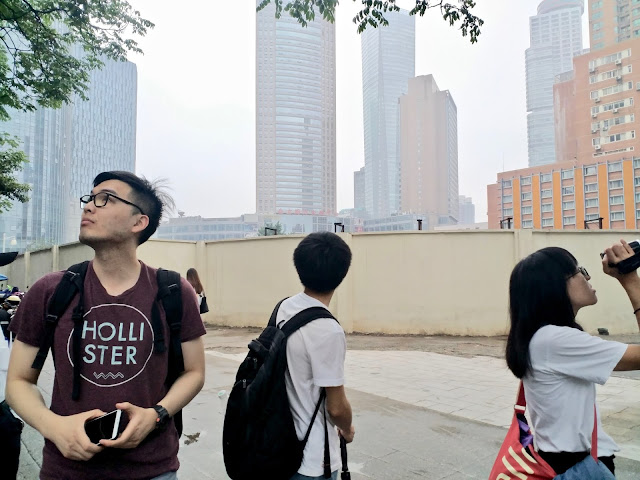 Following the walking instructions of Tom Hall, we edged our way outwards. It is, in many respects, so familiar a score that I already had a good idea of what we'd find. The expectation and the reality are rarely identical, however, and formalising the process of walking out from the centre might just, I figured, change the nature of the experience. What's more, I also wanted to see how it would be to conduct this walk with a group of people, who would come, what we'd talk about and how this group's experiences would compare to other walkers elsewhere. 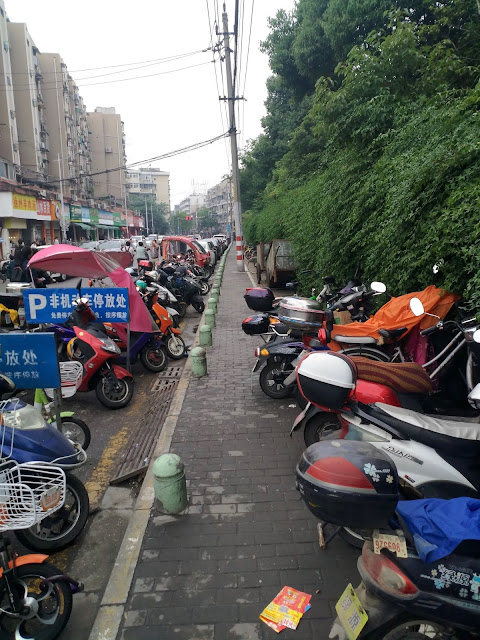 We covered some distance. The buildings became less lofty but so too were the roads more narrow so there remained a sense of clustering wherever we went. As we headed further out the shops changed and became shabbier, bowel challenging noodle bars, pink light massage parlors and electric scooter repair shops. 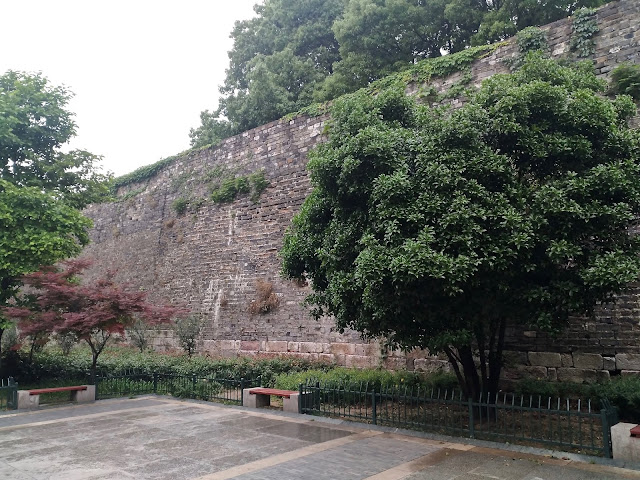 And then, all of a sudden, we came up again the old city wall from the Ming dynasty, which dates back roughly 600 years. None of us were quite sure whether this delineated the edge of the city back then or not, but it clearly was a boundary of sorts both then and now. Today, it marks the edge of the city centre while the contemporary perimeter wall is invisible and forever being moved further and further out into the countryside. Nowadays, satellite towns orbit around Nanjing in the hope of being incorporated in the sprawling metropolis. The city has become rhetorical and speculative, a shape-shifting creature that is far more than just an accumulation of bricks and steel. 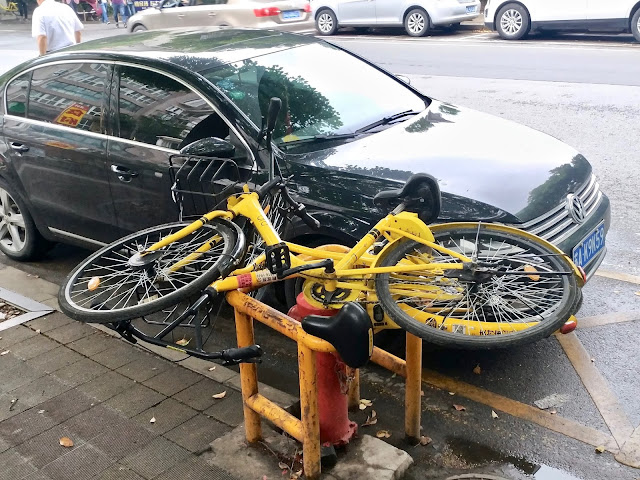 One of the ubiquitous features of the city is the shared bikes. They followed us wherever we went. These two seemed to be enjoying a private moment together, in plain sight. 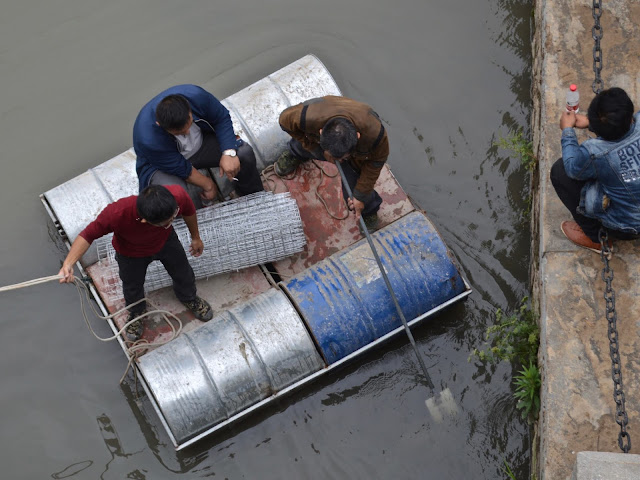 As we got further out there was more water. If we would have walked further, we would have  reached the Yangtze in an hour or two. We had to content ourselves with the Qinhuai River, a tributary that flows through the city. 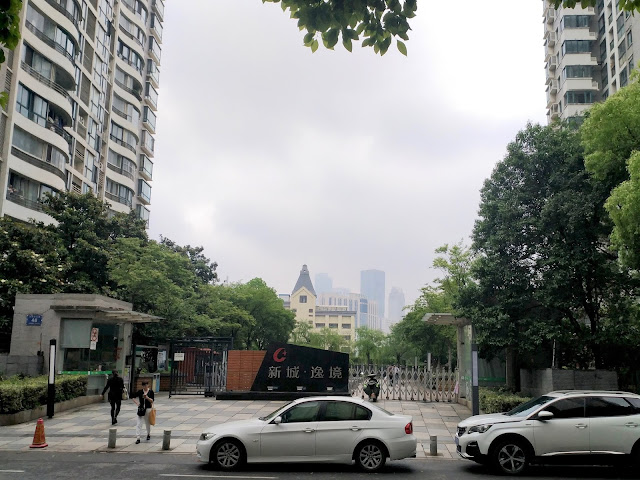 The texture of the city is not uniform and as we left the centre we came to modern residential developments. The one in the foreground is called New City while the old city centre remains visible, a ghost haunting the broken horizon. The city has, in several locations outside the centre, tried to start again and reinvent itself as a 21st century conurbation. These attempts, such Hexi, are usually partial as the real economy cannot fully support an entire community living in luxury high rise apartments. Metropolitan aspirations are then redesigned and more familiar patterns of services and uses of space reassert themselves. New City had so far staved off the bulk of this by not including a commercial centre. 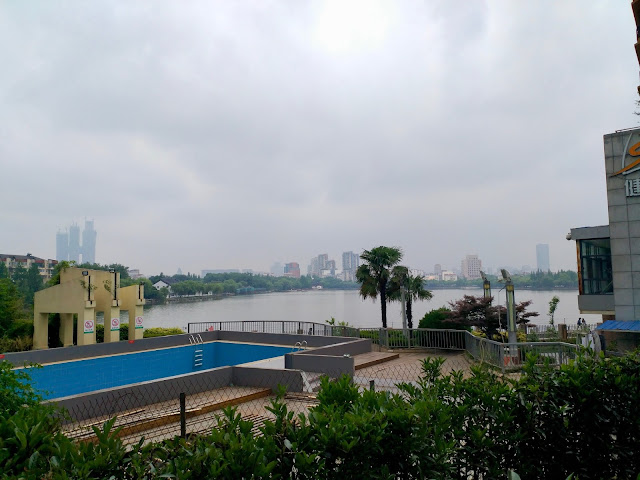 To the south was this lake, part of the unfortunately named Wanke residential compound. 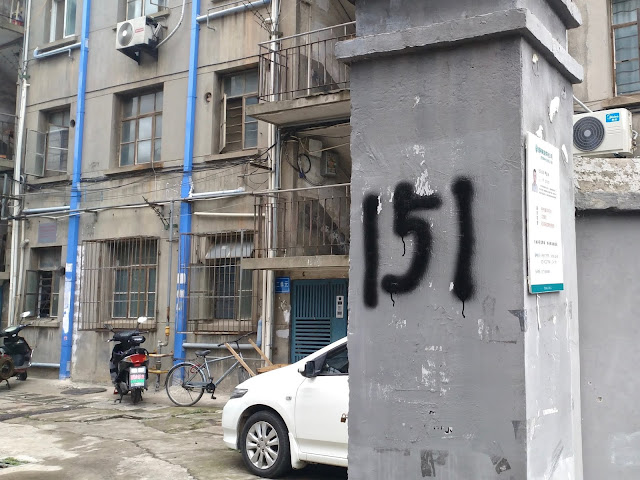 Walking around the large expanse that Wanke had carved aside for itself, we came to older residential neighbourhoods. These shielded off ailing public housing that was kept alive through patchwork interventions, the equivalent of architectural life support. 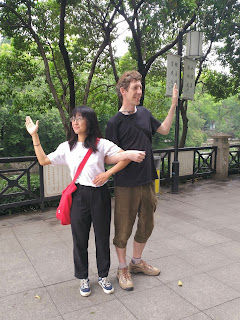 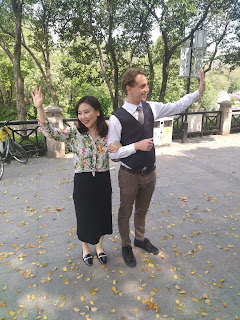 I had expected that this journey would lead us from the familiar to the unfamiliar so I was surprised when, just as I was saying it is time to grab lunch and head back into the centre, we came across this park. I realised I had been here before. Just a month earlier I had come here for a photoshoot and the picture was still on my phone. We made an approximation of the happy couple then headed back to the centre via another route. 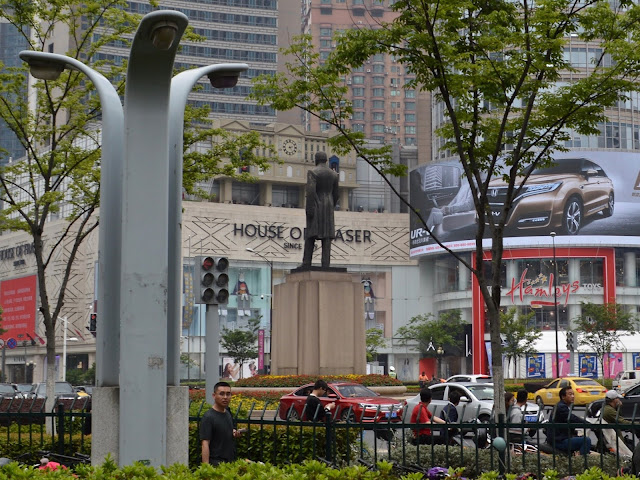 To get a sense of completeness it was to the exact same spot we returned. It turned out that  the walk did break some ice and engender fresh connections. From this new group I expect more activities; next month we pledged to walk again. As for the other walkers elsewhere in the world, I'll add links to those walks below, as and when I find them.
Posted by Bill Aitchison at 02:34 1 comment: 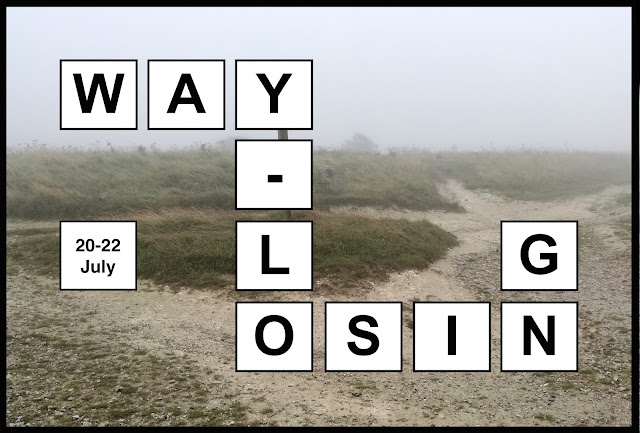 The picture says it all: 20-22 July. Well, it says the most important part, I could add that the adventure will begin at Bicester North train station at 12 noon and we will consult maps on phones and start plotting our return to known society at 4PM on the 22nd. 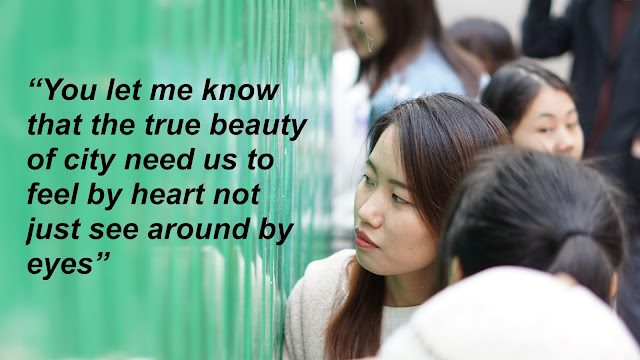 Please note: this tour may be uncomfortable as we do not know where we will be eating or staying and will have to find solutions as we go along. It will involve some walking and possibly public transport. The tour fee is kept deliberately low but all food, accommodation and any additional travel costs will be paid for by the participants. 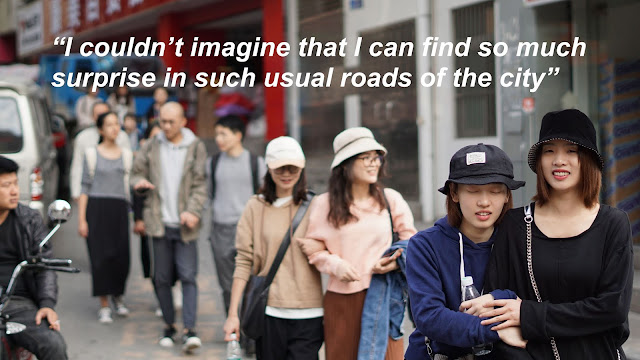 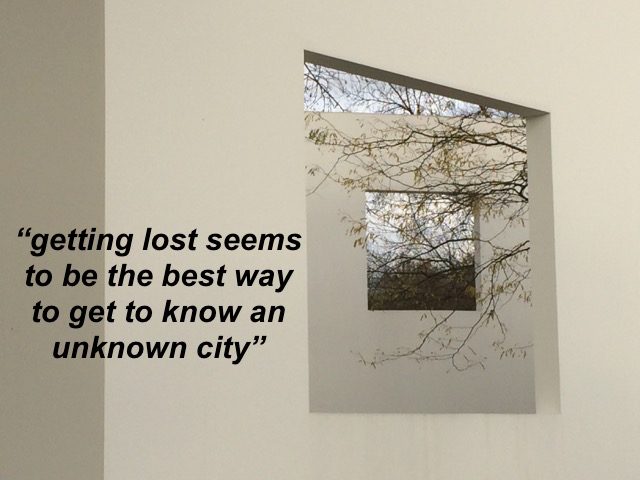