The Beijing Tour of All Tours is now being given as a performance on demand, that's to say it is available for private groups in much the same way as guided tours of the Chinese capital are. If you are interested contact me via the website www.billaitchison.co.uk. The tour on demand will be available until July so if you are interested get in touch sooner rather than later.

There is also a rather well written article on the performance and its research in the current Time Out Beijing. It is reproduced in full below. 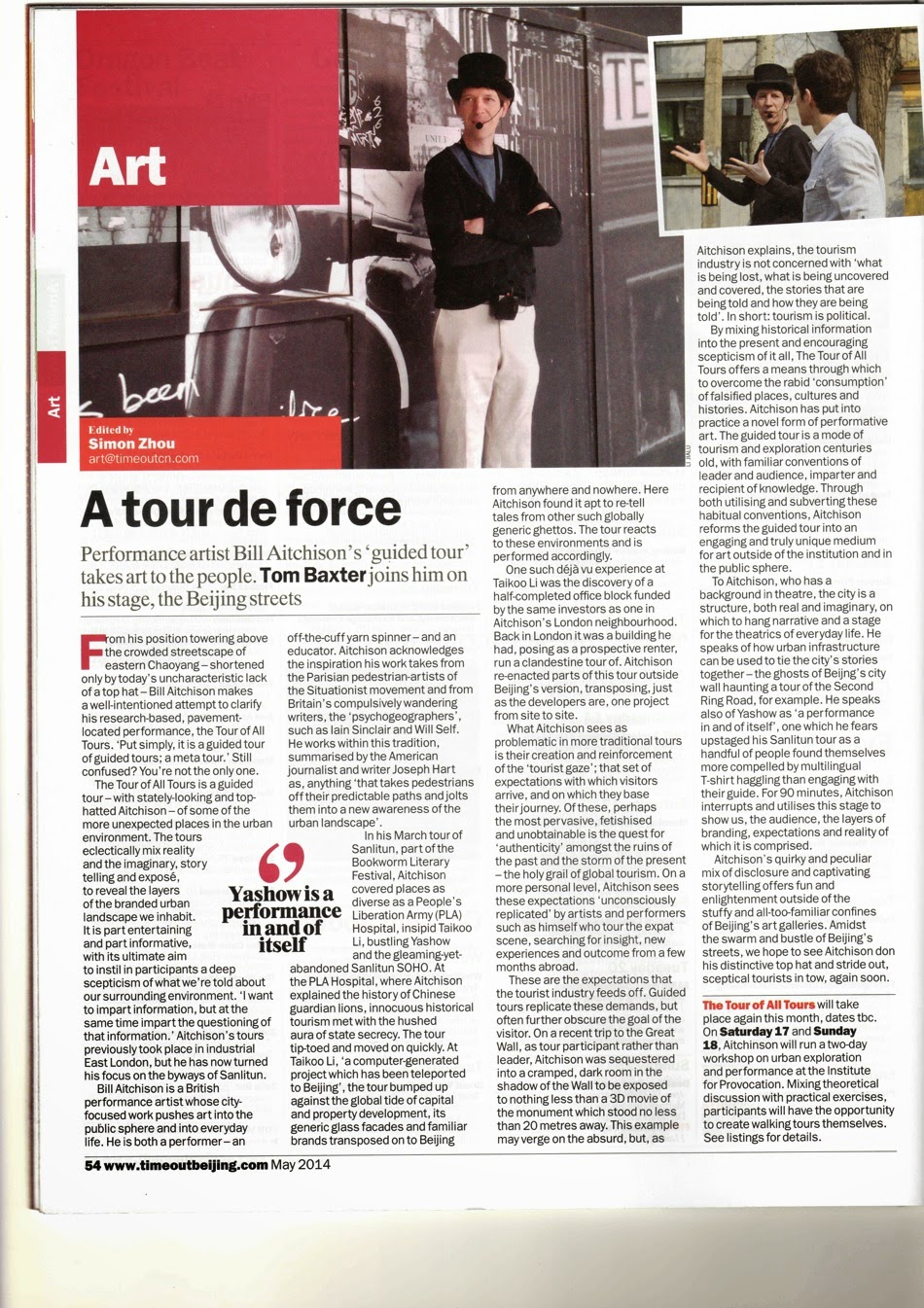 Posted by Bill Aitchison at 10:52 No comments: