The Scooter Tour of Beijing's Hutongs: just passing through

This scooter tour, given by Beijing Sideways, takes in Beijing's traditional low-rise neighbourhoods, or hutongs, that mostly remain in the centre of the city. The day I took it we started at 10 in the morning, just about the perfect time to get out at a unhurried pace but to still have most of the day ahead of us. It was an average gray, polluted day that passes for normal in Beijing, the Winter chill was just starting to relent and going outside for pleasure seemed like an option, not just plain madness. 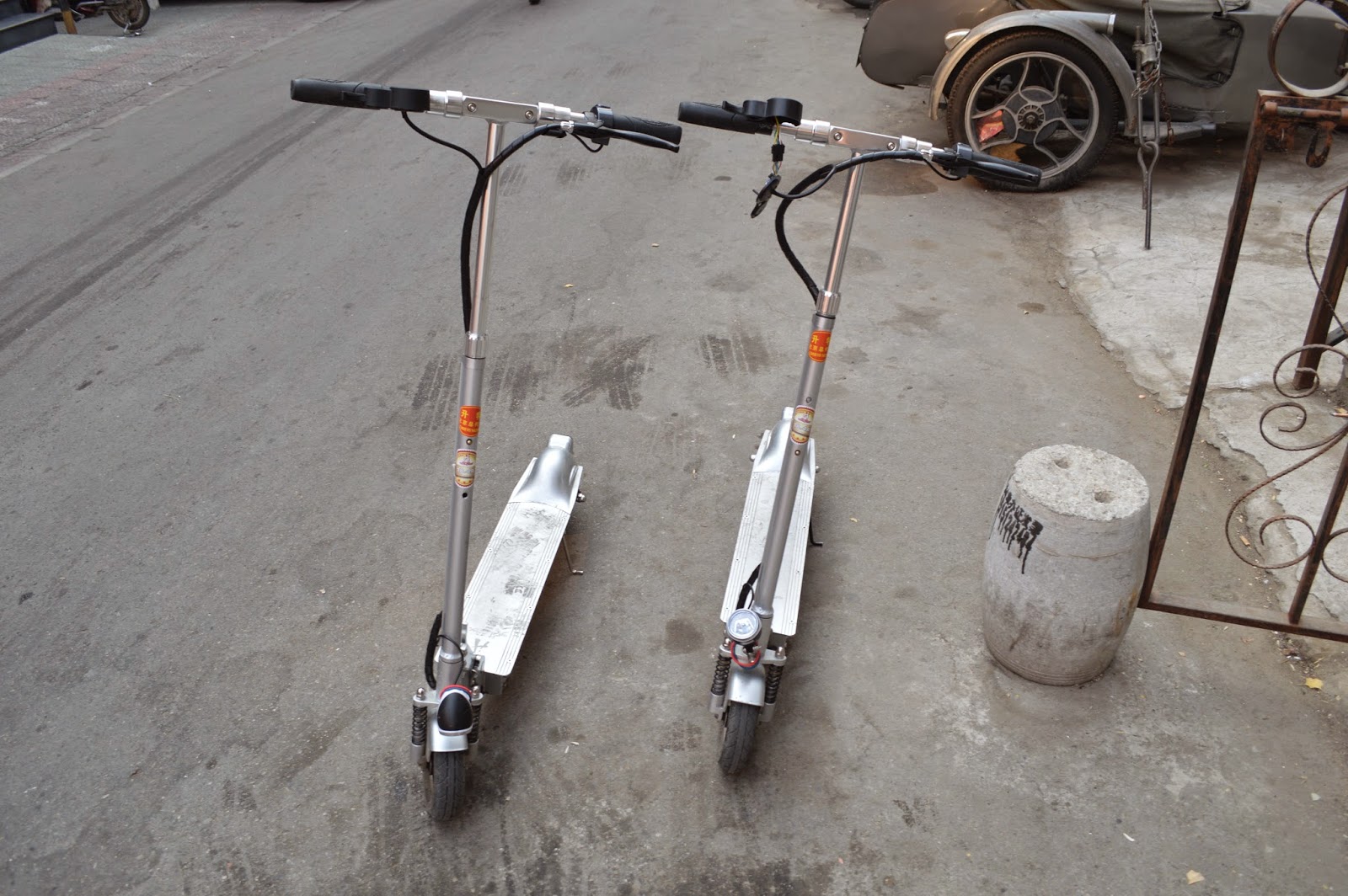 These electric scooters are a new piece of hardware to hit the streets and while they look just like simple scooters, they have an electric motor concealed under the board that gives them a surprising kick. Balanced on it you can reach a respectable 15 mph, which is about as fast as you'd want to be propelled on a metal plate through the low-level anarchy that is Beijing traffic. There is some danger riding these things, but the risk is low and I'm glad that this is China where health and safety doesn't trump all, closing down things that are basically fine. In any case, most of the time we snaked our way through the quieter hutongs where the greatest danger was not cars but the bengbengs, motorised three-wheel taxis. 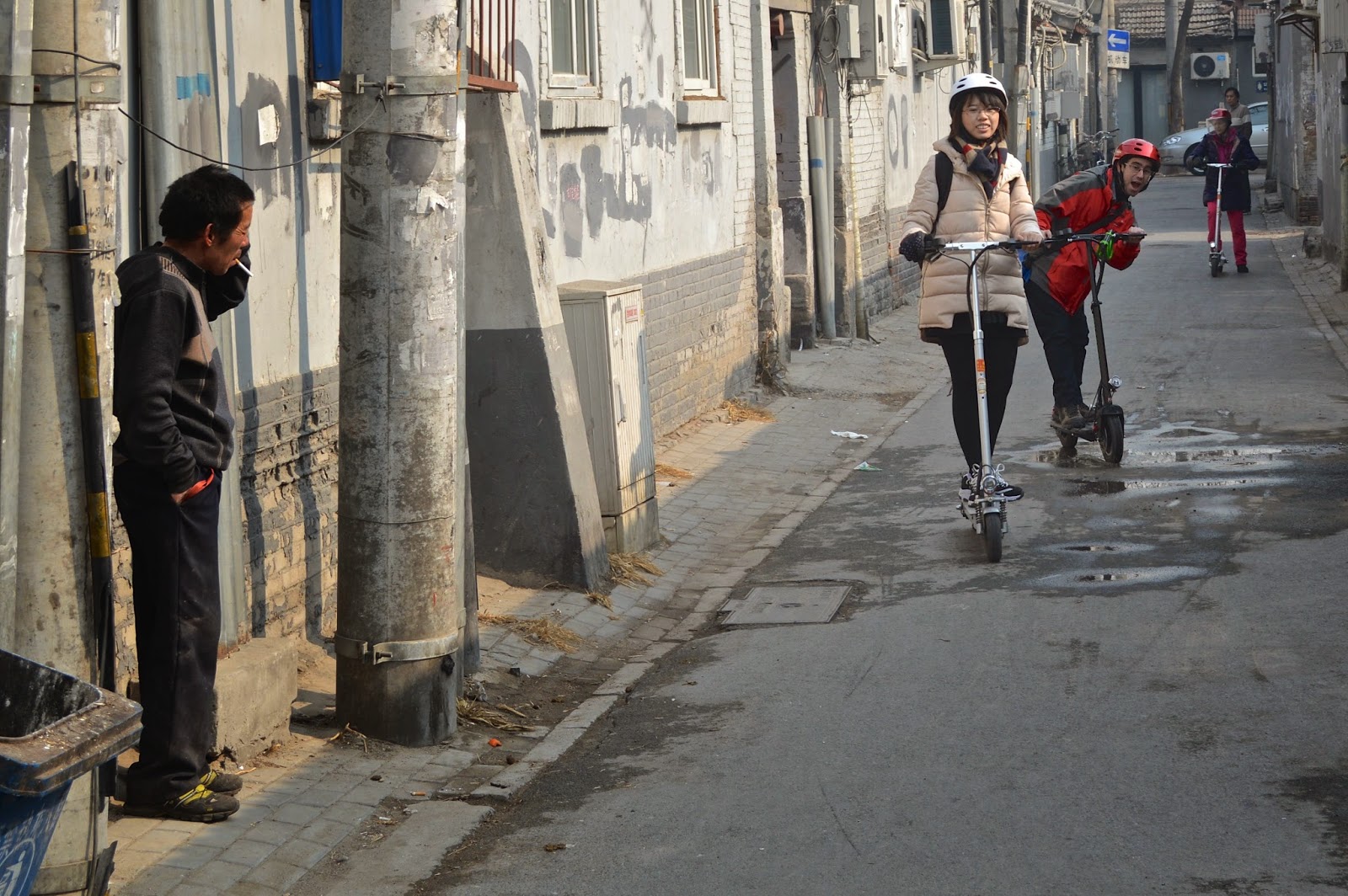 Hutong tours are a Beijing speciality and while I do see Chinese people taking them around Nanluoguxiang, an old neighbourhood that has been very consciously redeveloped as a tourist destination, this sort of more far-ranging tour of everyday life in Beijing's hutongs, seems to me to be something that would be more popular with foreigners. I can only guess that this is because in the hutongs you have a more palpable sense of historical Beijing and you can see far more how people live than you can in high-rise neighbourhoods where domestic life is largely hidden. The buildings are often in a poor state of repair and are nestled inside large courtyards. These courtyards are often crowed out with the semi-improvised structures mushrooming inside them and they can house as many as 10 to 20 families in total. Smart, renovated buildings do also exist in the hutongs too, so these are not uniformly poor areas, but I get a sense that for Chinese visitors they offer a vision of the China many have only recently extracted themselves from and which they are not so far removed from that they can view it with curiosity or nostalgia. Our tour then was not exactly slum tourism, as the neighbourhoods are more varied than that, but there was a big difference between our lives and those of the typical local residents we passed. Some looked on bemused at our motorised quartet, and one or two asked about the scooters, "How much were they? How long do they run for on one battery charge?" The group consisted of an American woman who'd been living in China a while, a Chinese woman who was working for a tourism agency, our intrepid guide Cesar from Barcelona and I. It was a random but agreeable group brought together by tourism. As we were making our way around I did ask myself if we were the target group for this tour. I am not a big fan of everything being demographically targeted right down to the advertising that appears on web browsers based on previous search habits. I find a somewhat random mix of people and experiences healthy, but it did strike me that there would likely be a significant difference between first, what native Chinese and non-native Chinese visitors would look for, and second, what ex-pats and tourists might find interesting. I think I might have gotten more out of this tour if I had taken it when I first arrived in this city, which is a way of saying, I have already explored the hutongs on foot and on bike and taken guided and audio tours of them which explained much of what I heard. That said, I clearly still knew less than anyone else on the tour so there were things to get from it and, more simply, it was fun to ride a scooter! 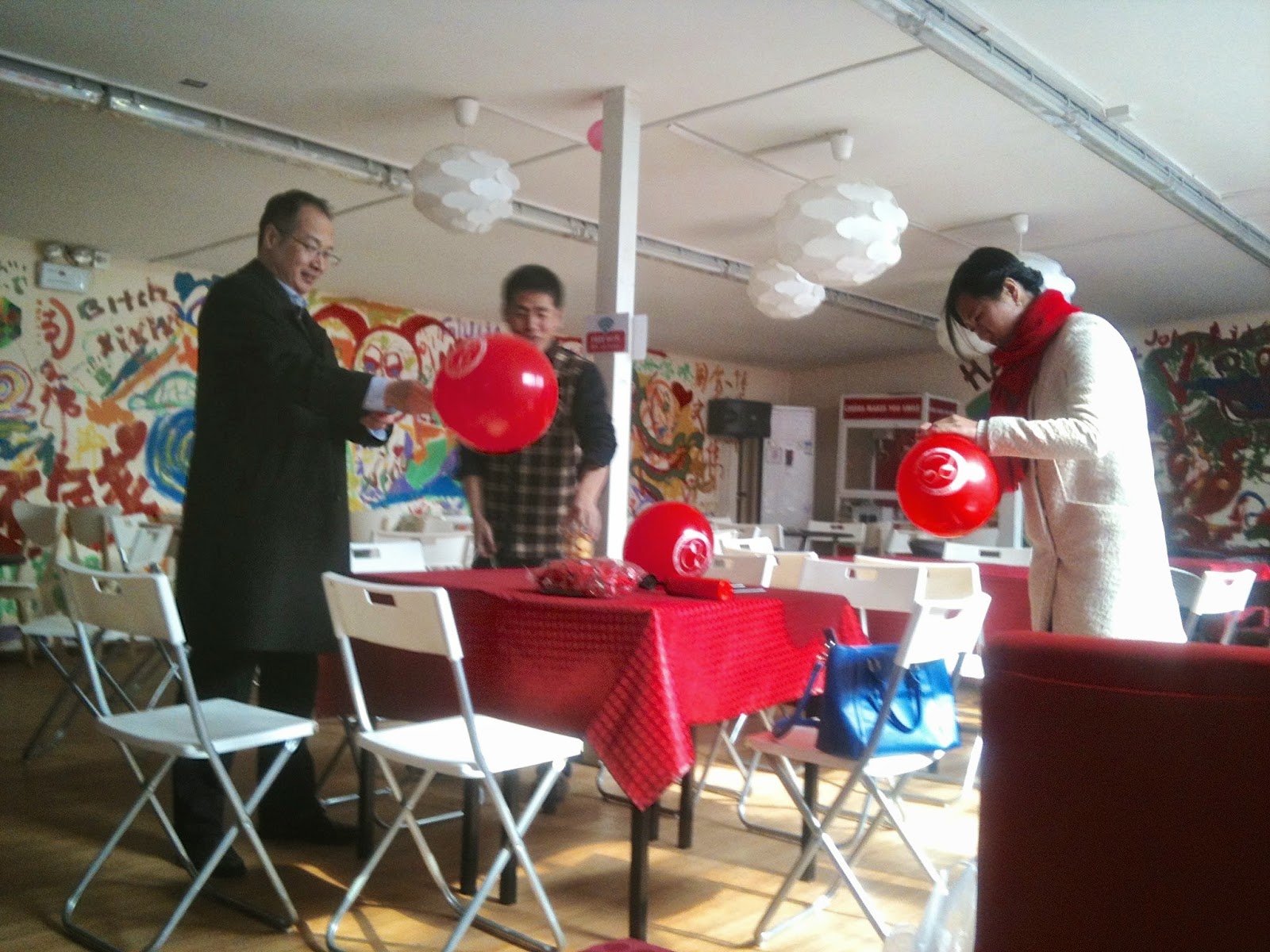 We made a stop for a generously portioned cup of hot wine and found that we had stepped into the middle of last minute preparations for a singles party due to start shortly in the wine retailer's function room. Wine is something of a new and fashionable drink that people here are finally drinking, and not just giving each other as expensive presents, and this place seemed to be riding on this effervescent wave of Prosecco induced excitement. We finished up before the young, upwardly mobile crew arrived for speed dating to another Western import: Valentines Day. 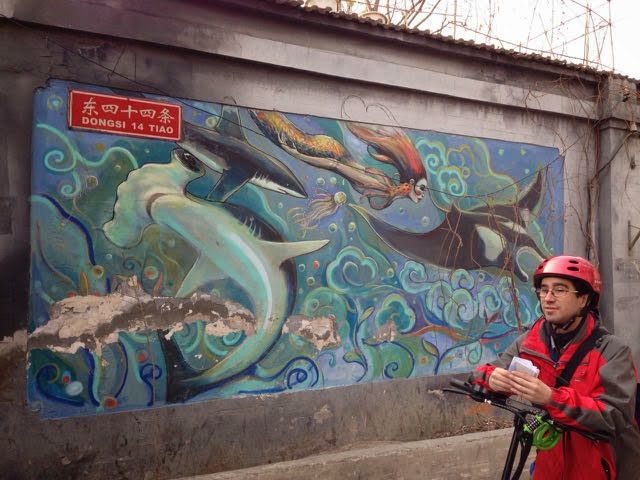 Fortified, but still on the right side of tipsy to control a scooter, we hit the streets again. From time to time we'd stop and hear something about the neighbourhood. I had to compare how it was to be led by a Western guide to how it was to have a Chinese guide, such as the one I had when I was shown around Qianmen. On the plus side, communication with Cesar was very easy as his English was good and he had a good sense of the things that might strike visitors as interesting. On the other hand, his relationship to the city, its history and culture were very selective and mostly second-hand. When he talked about the people in the hutongs he talked about them as a sympathetic, but detached, observer. This is in contrast to Mark, the Chinese guide who showed me Qianmen, who talked about the people of the hutongs as one of them himself. The emphasis on this tour was not so much on going deeply into the life of the area, it was much more about taking a ride through it and enjoying the scenery. 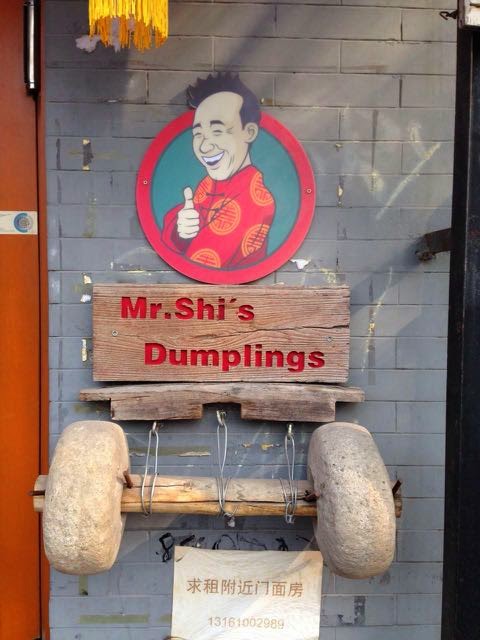 The dumpling lunch stop at Mr Shi's was a good call. The proprietor, Mr Shi, who does bear a resemblance to his cartoon logo, was there to greet us. He too had his eye on the Western visitors: the menus were properly translated (i.e. not by computer) and a sign prominently informed customers in English that the food is made without MSG or industrial quantities of salt. What's more, the menu featured dumplings with cheese, something I'd expect to find more in Polish pierogis than in Chinese dumplings. We ate well, chatted and the meal felt like a reward for for the completely artificial task we had given ourselves of riding to Houhai and back. The tour was relatively long, running to well over 4 hours, and while that is not so long in itself, there was a lot of plain covering distance. This was an early version of this scooter tour and I expect there will be a bit of fine tuning of it over the Spring with more stories and stops added along the way, a more fluid rhythm and maybe a few tweaks to the route. That usually happens with tours once they settle into themselves. The essentials are already all there, however, and it works fine: it is a safe adventure on two wheels through the Chinese capital, a chance to see the city in good company, and to see, hear and taste a little of what makes old Beijing tick
Posted by Bill Aitchison at 09:15 2 comments: