The Denis Severs House Tour: a candlelit tour of an artist's installation

Having stumbled across Denis Severs House on Folgate Street on the Spitalfield Stories Tour back in December, I had the occasion to take a tour of the property. I was however slightly early so I had a pint in The Golden Heart, round the corner on Commercial Street, as advised on The Sound Map Tour. It was suitably eccentric with a scatty, opinionated and welcoming landlady, random music, a man reading 'The History of History' and that increasingly rare thing in this part of London: the presence of artists. 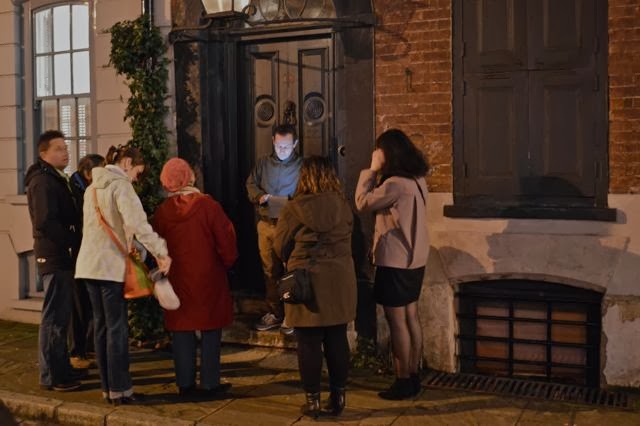 Refreshed and diligently ten minutes early for the tour's start time of six, I knocked on the front door, it half opened and I was told to wait and not go anywhere. As I stood on the pavement a group of three arrived, also looking for the tour, I reassured them they were at the right address and then, at the stroke of six, the door swung open. A rather serious man took our names, checked them against a list on his ipad and explained the rules of the tour. We were not to touch anything, we should not talk, phones must be turned off, we should follow the route from the basement to the top of the building and we were not allowed to take any pictures. This picture above is of a subsequent group being given the same briefing at the entrance to the house, all of the pictures below are from the website of Denis Severs House. 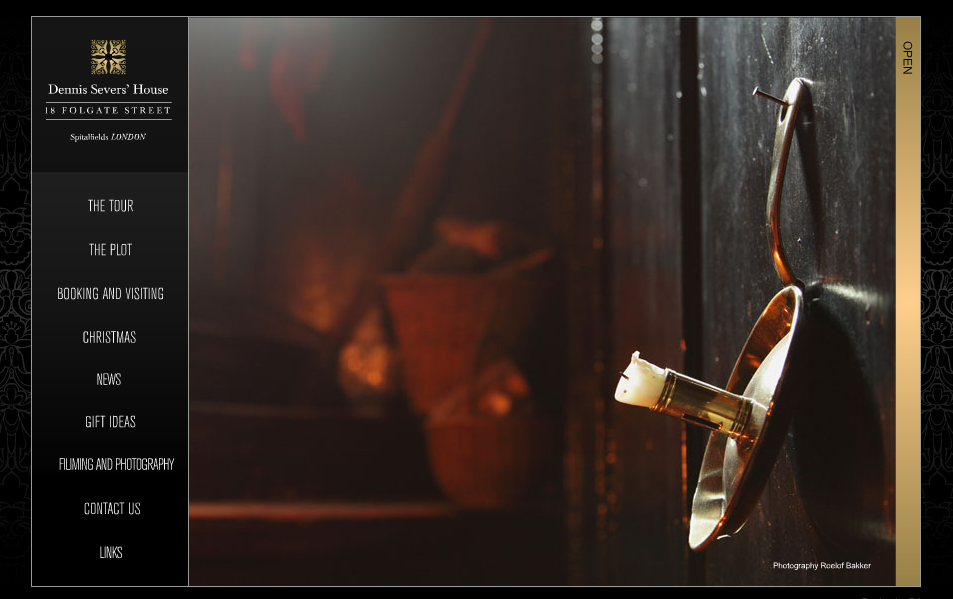 My group descended into the basement and our eyes slowly adjusted to the candlelight. Looking around a house lit by genuine candlelight is a rare experience now in this age of health and safety and while the texts were a strain on the eyes the flames illuminated the space with a soft, warm, shimmering dance. Shadows were so much darker than they typically are this made the paintings that featured contrasts that Rembrant would be proud of, look far more understandable. That is not to say all paintings were like this, far from it, there were also more conventional portraits also adorning the walls. 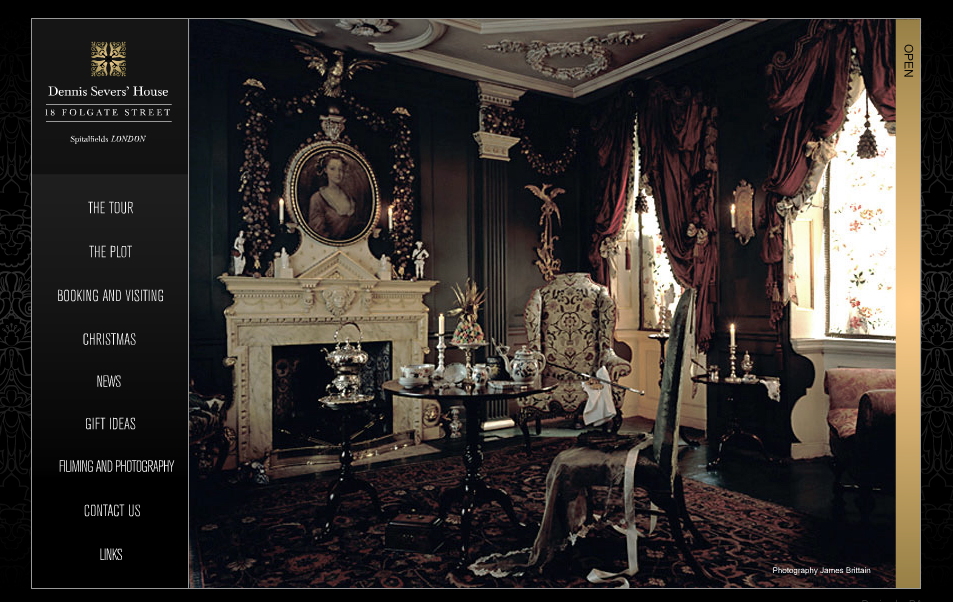 The house is presented as the work of artist/curator Denis Severs who lived  in the property and designed rooms in order that they should capture the feeling of different periods. The objects and arrangements are therefore not strictly authentic but rather convey an atmosphere of the past which in practice means that the decoration can in places look somewhat camp, even flamboyant. A central conceit to the tour is that the occupants of the various rooms have just left as you stepped in so you should be able to sense their presence through the various clues left behind. The fire is still burning, there are smells of food in the space, a broken saucer lies in pieces on the floor as if the occupants had fled in haste. Sounds of footsteps around the house and the exterior sound of church bells chime to give the space an added sense of life. 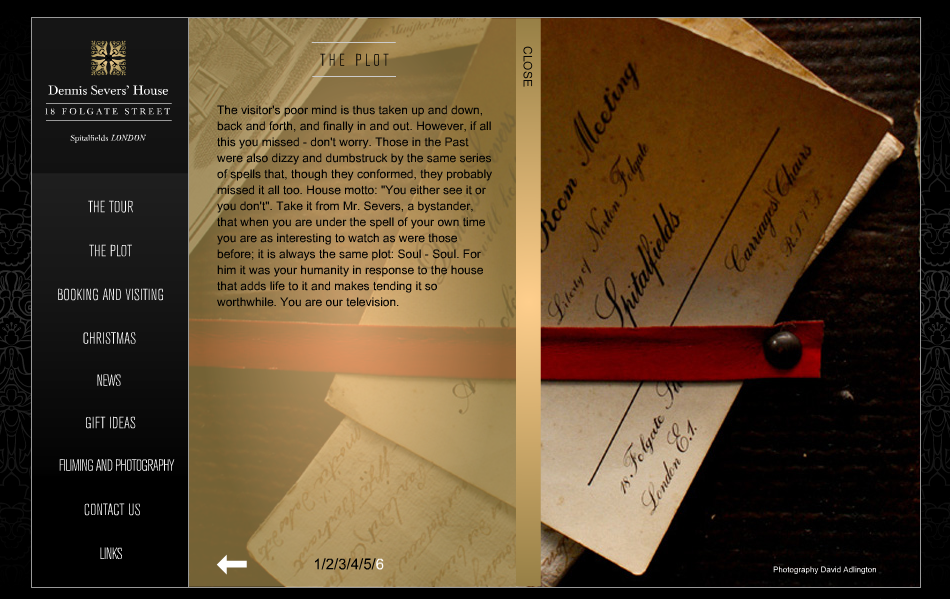 Scattered around the building are small slips of paper with advice for the visitor written upon them such as, "you either see it, or you don't" and warnings that the property is protected by hidden security cameras.  I had a sense that the space had been very deliberately arranged over a long period of time by first Severs and subsequently, the curators. As such, a detailed rationale for the building and the lives of its imaginary occupants must have been built up layer by layer. This interior story remained somewhat invisible for me and what I saw was an accumulation of details and an interplay between the paintings, texts, objects and rooms. It was like Poirot with the crime removed. It may even be that they slips of texts instructing me to look more carefully and absorb the situation had the dual effect of both drawing me in and, at the same time, keeping me out. It was as if they had been written with the presumption that the visitor would not understand which left me wondering, what was there precisely to understand? Placing it within artforms it is most close to an immersive installation yet it sits somewhat outside of the contemporary art discourse and neither does it look like it was made to be of historical or heritage appeal only. It is a product of its own unique circumstances. 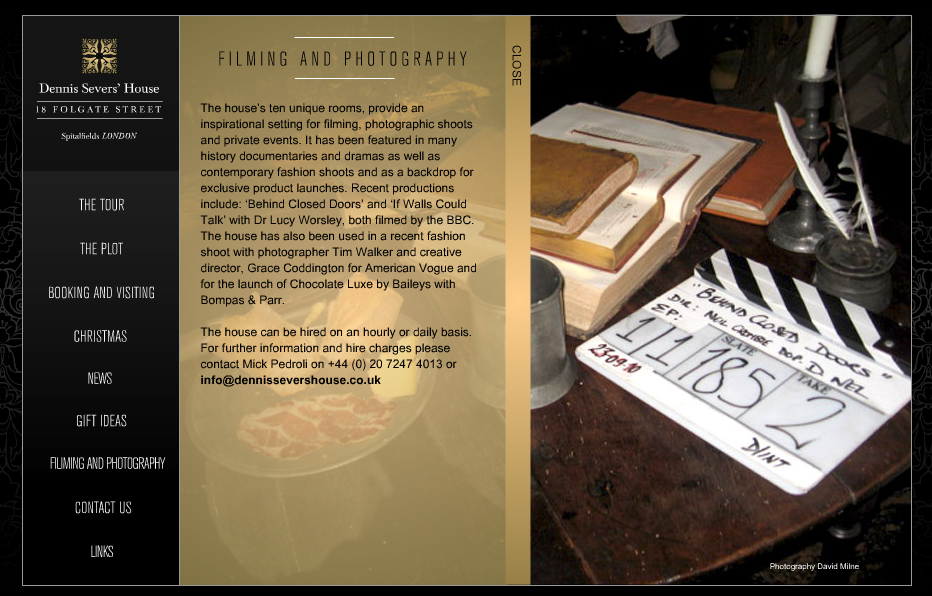 The house is being run as a serious business and due to its proximity to The City, must have a relationship with the financial sector. Some of the other people on the tour were clearly city workers, though this was not uniformly the case. From Trip Advisor I see it is also popular with tourists as well as with a broader cross-section of Londoners. When I was walking around I could see that more visitors could have been squeezed inside, but the house was run with the idea of preserving the integrity of the experience. With timing and numbers strictly managed, there was no excess of visitors in the building at any single point in time so it was possible to take the tour at my own pace and have quiet moments alone in the rooms. This was quite in contrast to standing in queue after queue and feeling like you are on a tourist conveyor belt, as some similarly structured tours can be, such as the tour of HMS Destroyer that I took last year.