The Tour of Republican Era Nanjing 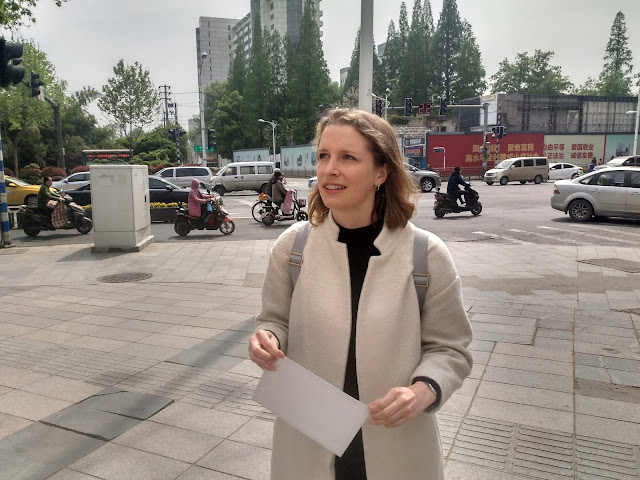 The city of Nanjing is not as well-known outside of China as it perhaps deserves to be: a city of 10 million people and a former capital, it falls into the sizable ranks of the second-tier largely unknown cities. This tour of the Gulou district was given by a Scottish postgraduate student of Chinese art who lives in the area. 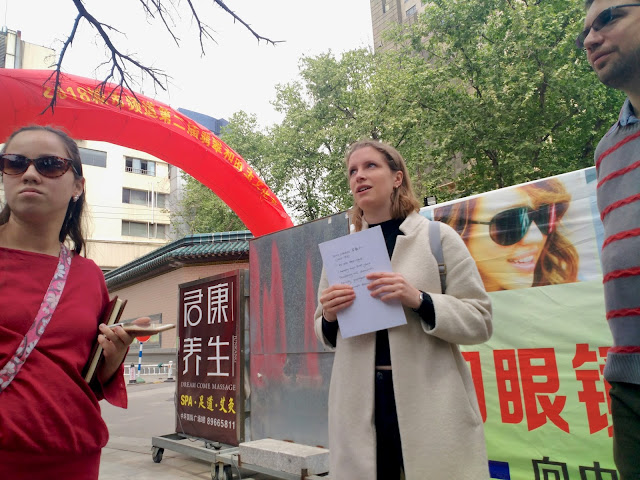 On a generously warm Monday morning in April, four of us assembled outside of Xuanwumen metro station and made our way from point to point. The locations we stopped at were generally buildings of historical importance. Surrounding these sites, however, was the usual clutter of Chinese city streets: advertising, infrastructure from a bygone age and the ubiquitous shared bikes. These historical buildings are not necessarily well preserved, indeed some are run down and slowly crumbling. We passed an old man peeing against the side of the the former foreign ministry. 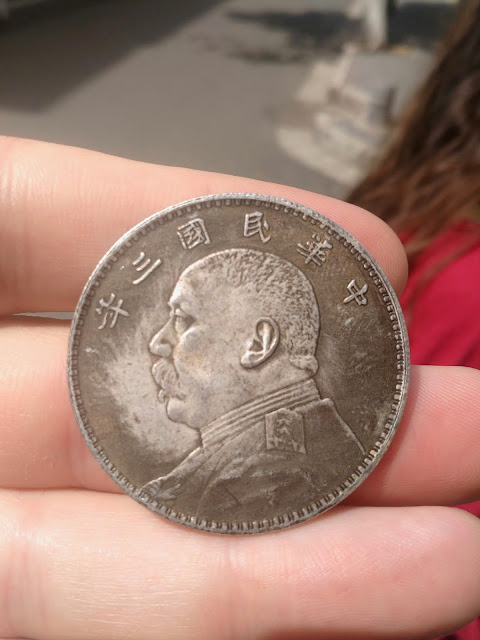 The tour was focussed on early 20th century history and more specifically on the brief period of time between 1928 and 1937 when Nanjing was once again the capital of China. This could have been a real political can of worms but we were more flirting with the subject than giving a pointed critical perspective upon it. 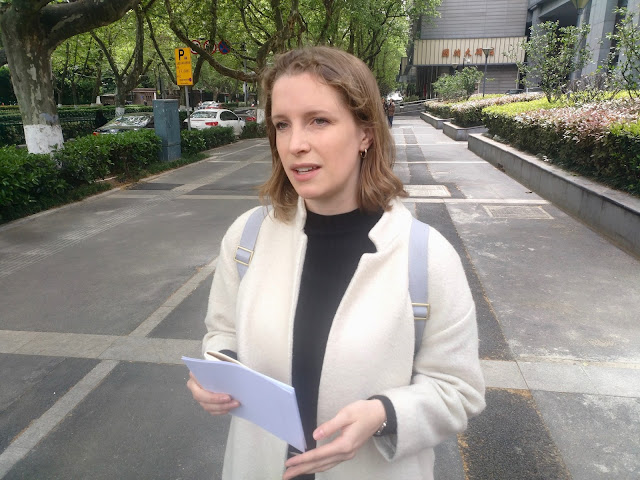 And this was probably a wise choice since the vast majority of English speaking visitors simply require a Nanjing 101 introduction. Still, knowing what I do, I would have enjoyed a particular take upon the material rather than the presentation of the most consensual aspects of it. 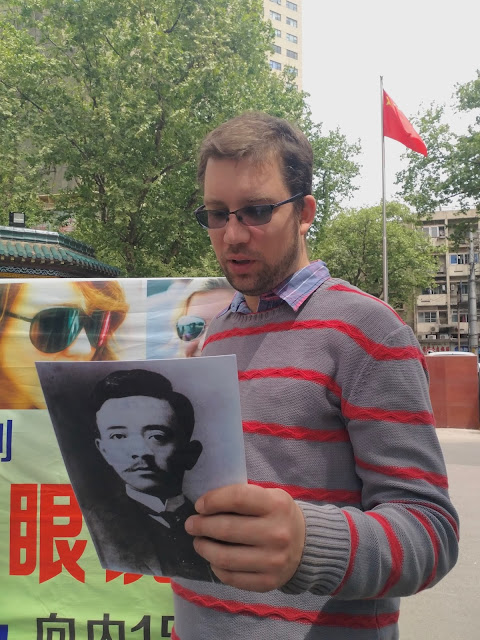 One of our group turned out to be a historian and long term resident of Nanjing. He was gracious enough not to turn this into a tour with two competing guides, something I witnessed in East London a few years ago. This was one of the many moments we were handed out cards with pictures of republican era politicians. 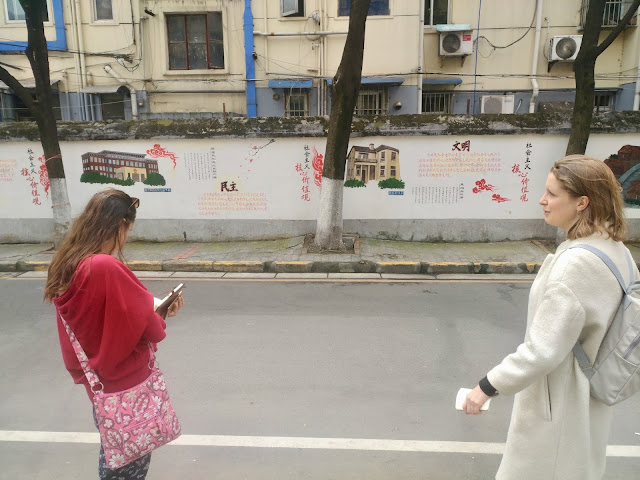 When we stepped away from the important sites and looked at this wall, which sports pictures of the neighborhood's architecture, the tour took a different direction. This was the one moment we talked about how contemporary politics had a role to play in shaping an indifference bordering on neglect of the area's history. We were touring the former institutions of state of the KMT, the rivals to the communists, and this was a history that was not politically expedient. Indeed Nanjing remains the, in name only, capital of the Republic of China (Taiwan) and so this tour would never be given in this sort of form in Chinese. As small-scale tourism for foreigners it could be tolerated but if it were given in Chinese there would be too much political investment in its contents to allow it much freedom to deviate from the party line. 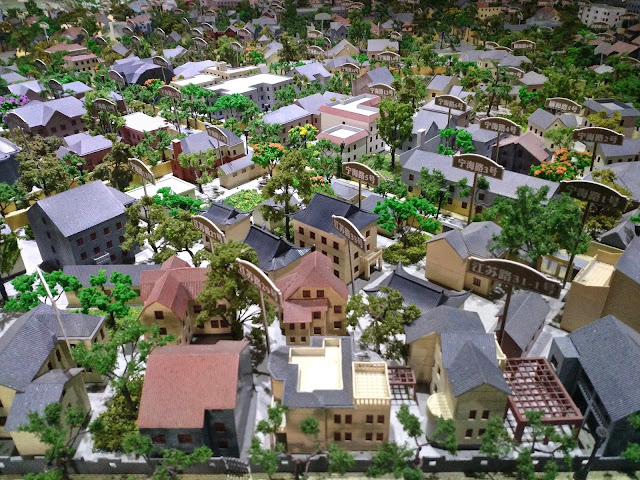 In the local tourism centre, basically a lonely room with a scale model of the neighborhood, it was possible to gaze over the district once again. The model looked so much more elegant than the actual streets, as often happens. Looking over this model of the Gulou district gives me the idea of a tour that utilises the Droste effect. I can imagine a tour that represents itself within the tour, and that representation in turn contains its own image of itself. Such a tour has a wicked potential for self-conscious commentary. Having met a VR specialist last week and heard about some of the current possibilities, this is not as fanciful a notion as it may seem. That would indeed be a tour of tours - a tour in which all of the tours would have to appear superficially identical while the commentary framing them would be free to roam wild.
Posted by Bill Aitchison at 01:52