The York Ghost Hunt: a mockery of a ghost tour? 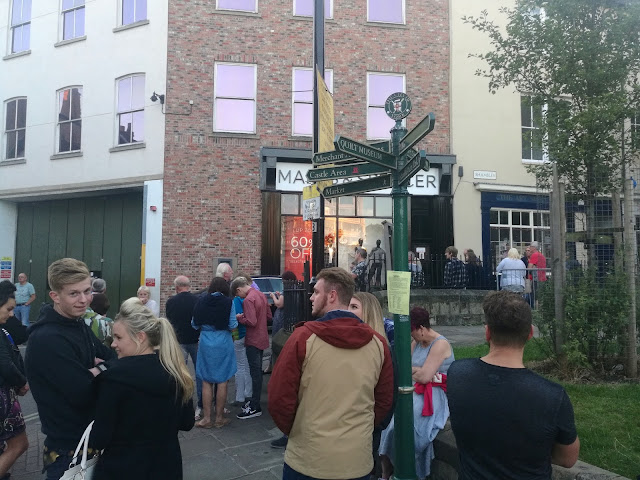 The York Ghost Hunt is just one of several ghosts tours that ply their trade up down the city's nighttime streets and alleyways. I stumbled across it during the day, noticing the guide drumming up business around the evening's starting point, the wonderfully named street, The Shambles. Little did I know there were so many competing tours in town or that the one I was to take had had been attached in the local paper for "making a total mockery out of a beautiful and well established style of walk”. This war between competing ghost tours of York seemed to revolve around 'my' ghost hunt accepting a hen night carrying a giant inflatable phallus on the tour. Having spent a few days in York, I can see how that could happen. 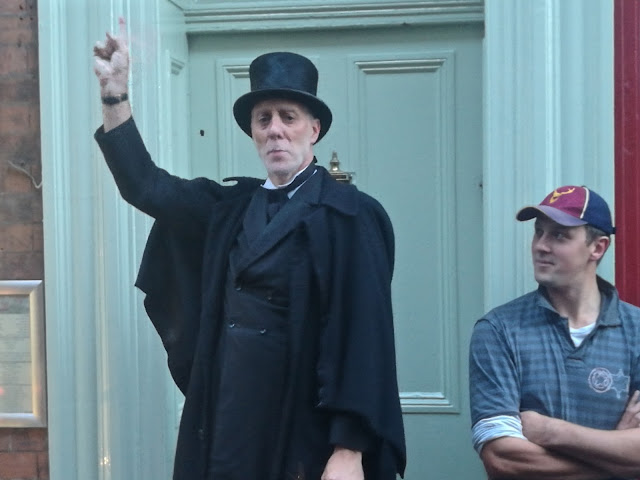 Come the appointed hour, our guide arrived in vintage undertakers garb and took cash from the large crowd that had gathered. Standing on a small set of steps, he spelt out what the tour would be in his slow, precise delivery. It became immediately clear that this tour was not going to chill or haunt, it was going to be played for laughs. He dragged in a Canadian volunteer to play the fall guy and we were off. 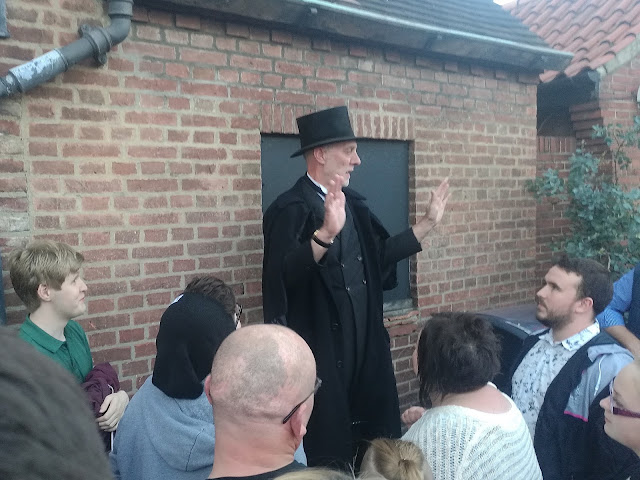 The complaint in the local paper, that this tour "makes a mockery" of ghost tours is more or less true, but this is clearly done by design. In a sense, this isn't really a ghost tour at all, it is a comedy show that uses the form of the ghost tour but, in another way, he did manage to tell the story of some of York's most famous haunted sites so it remains, first and foremost, a ghost tour. Somehow, ghost tours have something inherently ridiculous about them and for them to receive this treatment is not so shocking. If this were a tour of a war memorial it would be a different story: people would, ironically, be up in arms. 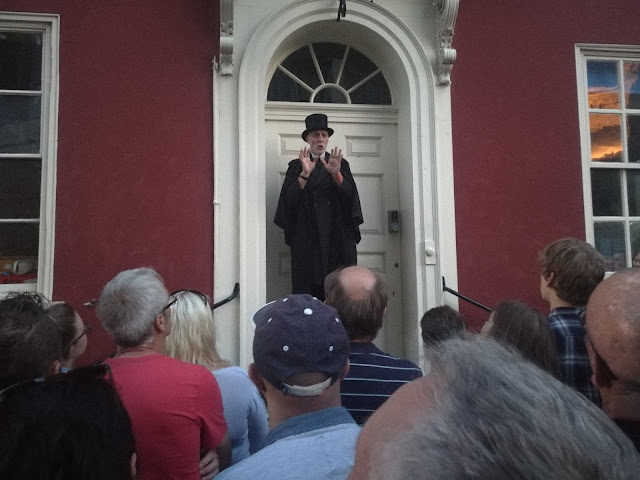 Although billed as a 'ghost hunt' there was no sense of this search taking place in the present tense. We were following a tour that felt like it had been given a great many times before and honed to extract the most laughs. Here it reminded me of Bizarre Bath, another popular comedy tour in an historic British city. I would have quite liked to have gone on a genuine open-ended hunt on which we didn't know where we would finish and might just as likely find ourselves in a KFC as a graveyard. But no, no self-respecting ghost would be seen dead in a fast food outlet. We instead followed a spectral topography: a 15th century townhouse, the steps of the famous York Minster and a medieval alleyway. One of the exciting things about history is its spatial anarchy: Richard III's body was found in a municipal car-park in Leicester. Here, however, everything went to support an idea of the city and its sites that was essentially touristic in origin. That should be no surprise since this is a show for tourists.

With the light now failing, it became difficult to capture any more pictures of the tour. There is however a clip on Youtube that gives a good flavour of the York Ghost Hunt. 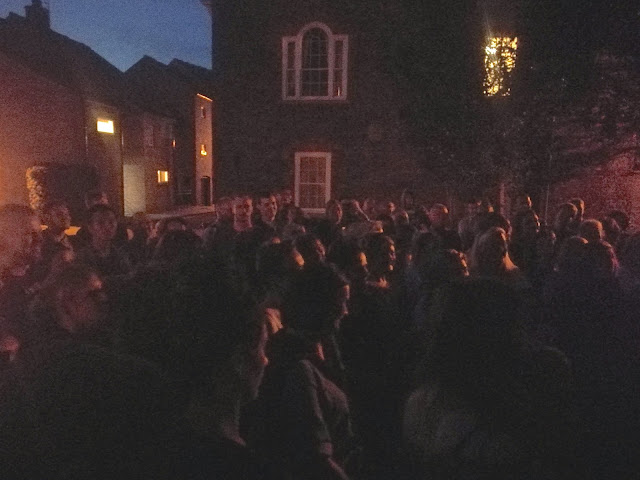 We ended the tour with the story of a gruesome child murderer after which the crowd drifted off in all directions, none the wiser but entertained for an hour or so. The jokes were often crude but never became obscene, this remained a family event. To return the question of whether of not it is appropriate to parody a ghost tour, I have to conclude that it is. Most ghost tours already include some self-conscious comedy because a completely serious ghost hunt would probably come over as cranky. Where this tour differs from the others is that it looks at ghost tours primarily as content to be ridiculed, and the form as a very handy hook upon which to hang the show and sell it to a mass audience. This formula is portable in space and genre and it might even be a good a thing to have one or two jokers in the pack, like this, in order to keep the more conventional tours on their toes. I'd caution against the idea of a 'good old days' when tours played by the rules; formats evolve and have to stay relevant to the public, who vote with their feet. I'd be perfectly happy if all the city's comedians decided to leave the bars and clubs and make their shows on the street instead. That is not likely to happen and this will remain a speciality dish that still leaves more than enough space for serious tours, if such a thing still exists and is not itself a phantom.
Posted by Bill Aitchison at 02:29