The Historiographic Tour: one for the future 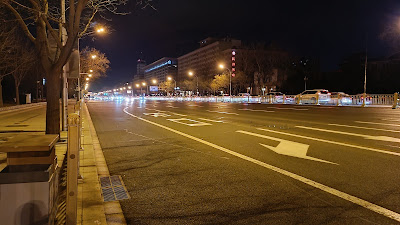 I was back in Beijing to perform a show and in the evening was going out to have a drink. I decided to ride a bike to Gulou as that is more fun than taking a taxi or subway. Somehow the riding took over and I never made it to the bar. That is liable to happen here as Beijing is both an inspiring city and it's too damm big so it takes forever to get from A to B. 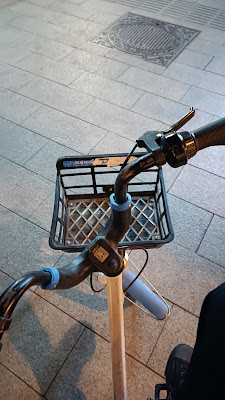 The ride took me past several stations on the number 2 metro line. This brought me back to an idea I had some time ago about making a tour of the old city wall which was brought down to make way for the metro line. That would end up being a history tour and these can be interesting if the history is a vital enough one and the storytelling top quality. Usually, however, history tour bore the pants off me and that is probably why I never got round to making it. 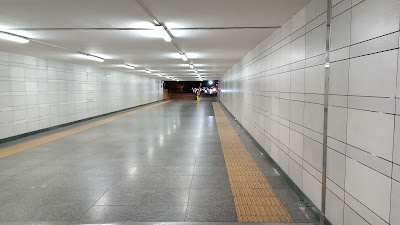 Something far more interesting struck me as a topic for a tour: a historiographic tour. That is to say, the topic of the tour should be not so much the history itself but the telling and the re-telling of the history. In this way, the history may be made far more current as it invites people to see alternative histories and to deconstruct the version that they are familiar with. 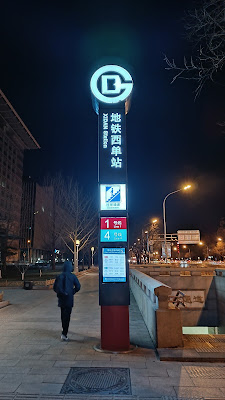 To be consistent with this theme in this location would be impossible: it would probably be deemed illegal as the control of history is a matter of state. In any case, it is not my tour to make; this is a tour for a Chinese person deeply engaged with this specific history. It would probably have to be made incognito and if it were to become popular would cause trouble.

The principle, however, is one that I certainly can take away from this frozen cycle ride, it was -8, and thawing out in the hotel afterwards I already began thinking of places ripe for such a tour. The time will surely come!
Posted by Bill Aitchison at 08:56