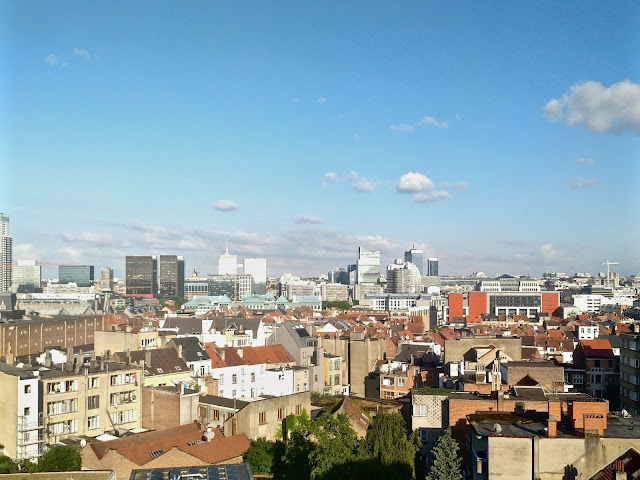 The day before going on this Way-Losing Tour, I visited a friend in Molenbeek, the neighbourhood much in the news as a hotbed for jihad. It seemed perfectly OK to me, but I did hear from a friend living there that until recently it had seen a surge in terrorism tourism. Looking out from on high, I saw more of Brussels than I've seen before: towers, hills, houses and parks stretching out afar. I didn't realise that it would be amongst these very same buildings we'd be passing tomorrow. 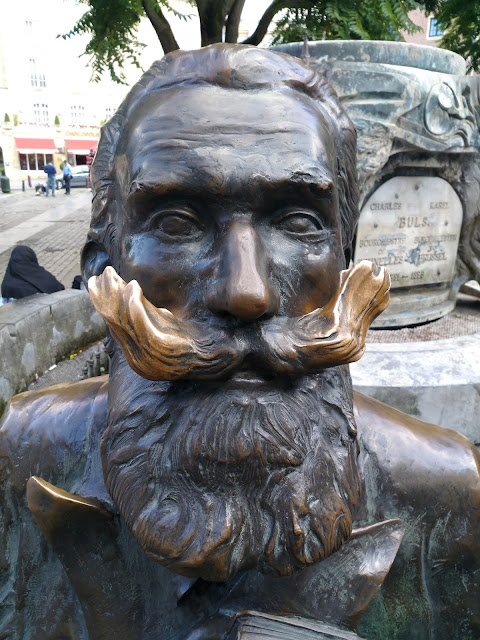 The starting point, this statue in Grassmarkt, the time, 2PM. The city-centre with it's convenient signposts and cultural centres soon slid away. We rang the bell of the The Magic Mountain but nobody was in. We walked on. 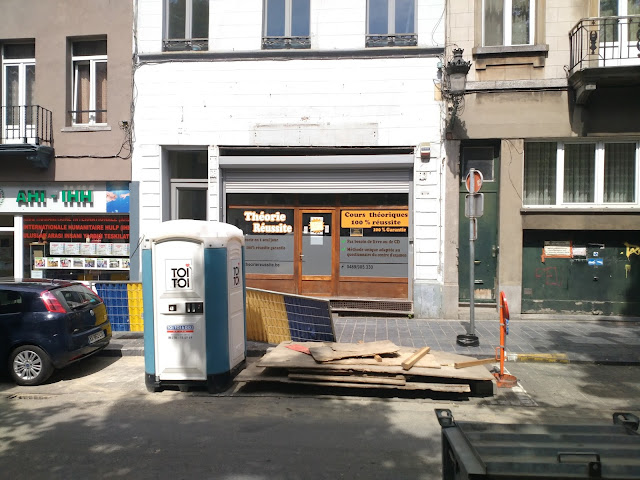 We cut a line northwards, a direction we were mostly unfamiliar with, and we seemed to fall on the right-hand side of the main train tracks. Whilst I don't really know the city, I know this train line only too well so it was important to move away from it. This meant steering a path around and away from the red light zone that seems to ooze along the side of the tracks of the north station. 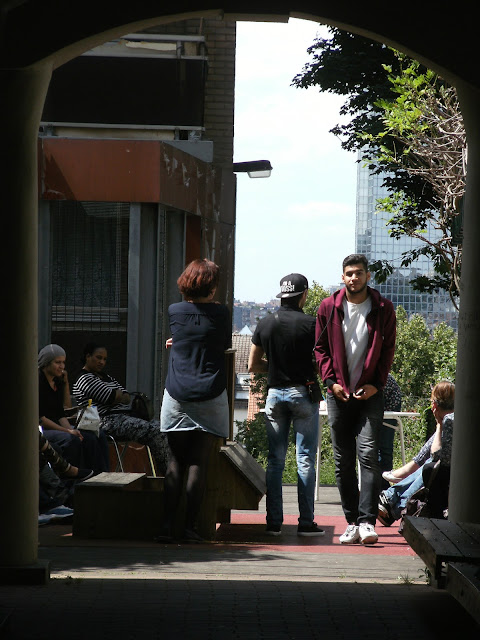 I had never previously realised just how hilly the city is. This can be both an asset when getting lost and also land you with bad surprises: you can happen upon a view that immediately locates you. These hills were at first a blessing and then later became something to avoid. Over time we gravitated to the valleys. To get lost, we had ourselves to become hidden. 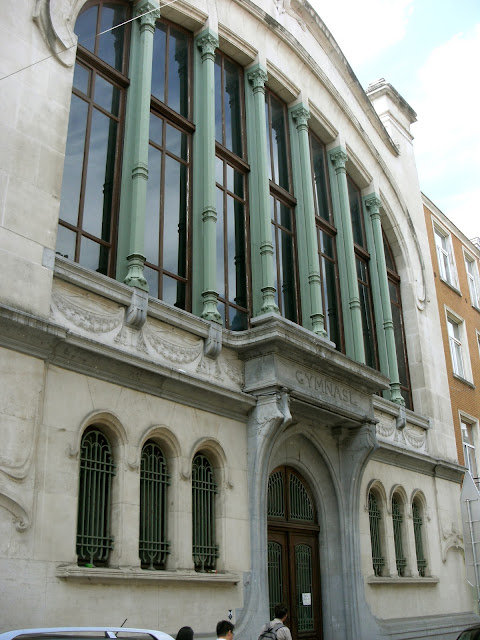 Of all the Way-Losing tours so far, this was perhaps the most elegant. Where previously Way-Losers have often found ourselves drawn to the margins of the city, sites beyond the reach of designers and even the law, in Brussels we seemed to be accompanied by a steady stream of art deco buildings. 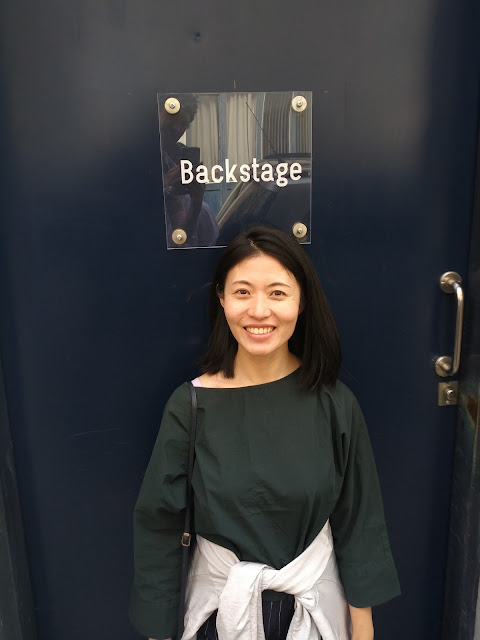 We all knew far more than we realised. We kept on stumbling across places we didn't know we knew, landmarks that prevented us from fully leaving behind the city and coming face to face with something other. 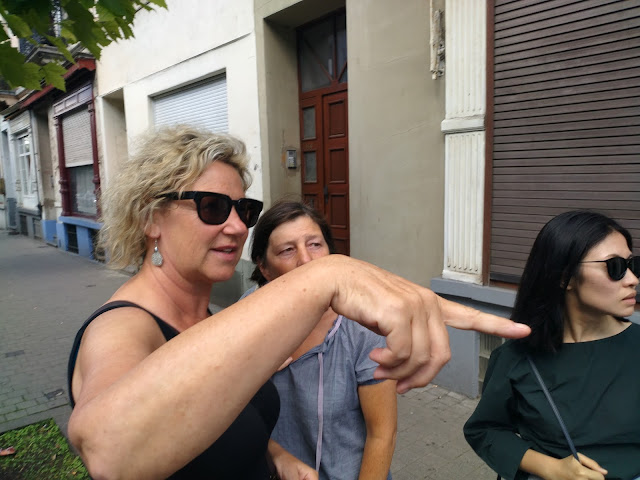 For no more than fifteen minutes did we reach our precarious goal of being lost. That is when the discussion warmed up. We saw the police interviewing residents at the door, the stories of crime surfaced once again, but so too very particular details. Businesses that had fallen on hard times, unusual names, ambiguous signs pointing in all directions. Yet, even when lost there was a presence surrounding us that could not be wholly forgotten. Planes making their approach to the airport and hills upon which tall buildings threatened to reveal us at every corner. 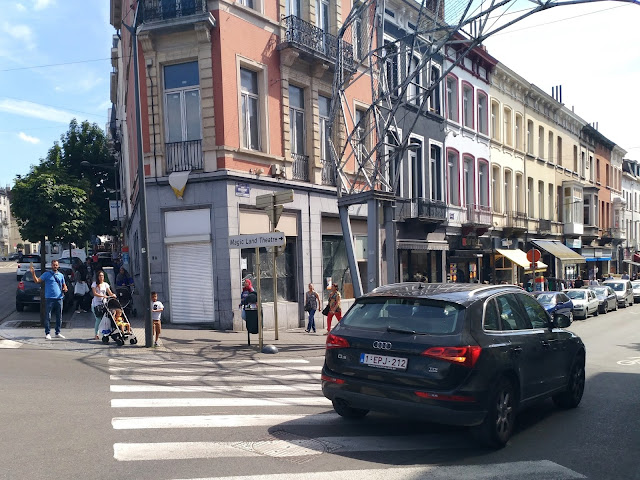 Finally it was the train line that brought us back to reality but it did so in a curious way: it led us to Magic Land. Once again we stumbled into theatre, once again the city was offering up a polished version of itself that was not quite real, but not for one instant did we break into the backstage of Brussels and discover the dressing rooms where the city's make up is painted upon it transforming street to stage. An elusive city, then, a city that has faces for all occasions, a city with a resisting embrace.
Posted by Bill Aitchison at 10:48