I was recently invited to contribute to a programme of talks and interventions in London organised by Something Other on the theme of migration. My perspective on this is an unusual one as I am a British artist living in exile, and not self-imposed exile as most assume, but genuine exile as I was not allowed to live with my wife in the UK under new visa rules. This was the basic angle, along with what I have found in China and the role of borders and artistic interventions I was asked to explore through three questions posed by curator Alessandra Cianetti (Performing Borders). 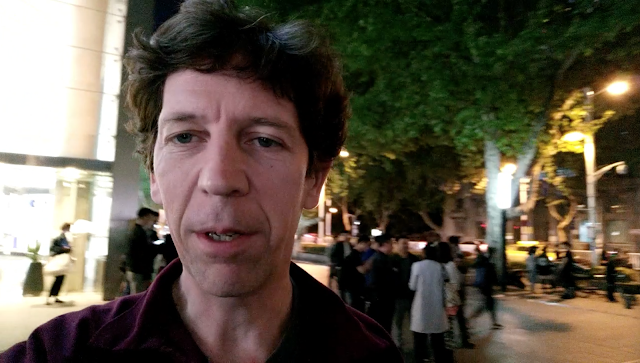 Following an excellent suggestion of hers, I took the the streets, and malls, of Nanjing city centre. Using just my phone's video it was possible to get some pretty usable results. 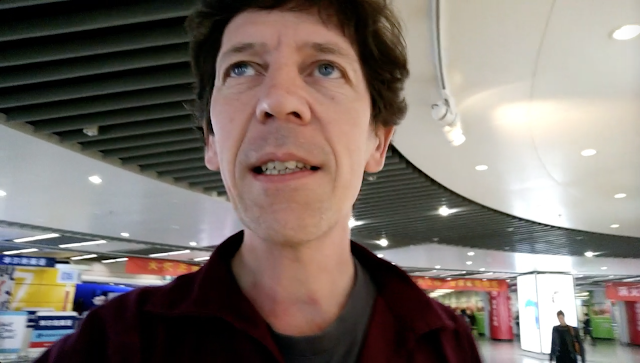 Walking around the same territory that I am currently staking out for my Adam Smith audio tour, it felt like a very natural format. What's more, nobody seemed to trouble me, since a person speaking into a phone is such a common sight it could be assumed to be a video call or a selfie session. 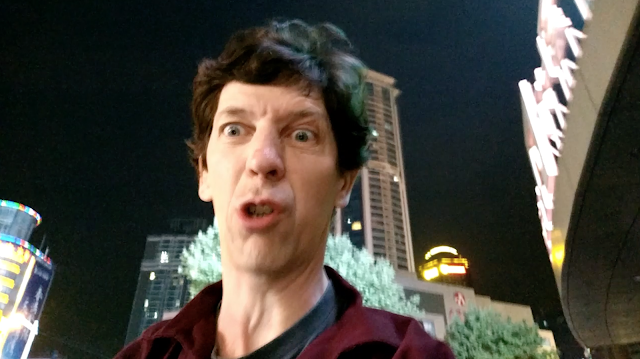 I've often struggled to find a way to record video of the tour type performances I have been making as they simply don't lend themselves to the camera. You really have to be there and to take in the multiplicity of the place. With this format, however, the commentary does at least return to sender stage and the intimacy that the phone provides allows some quite revealing moments too, like this daft one above. I think it is safe to say there are going to be more videos like this in the future: Watch This Space!
Posted by Bill Aitchison at 00:16