I am in Edinburgh this week giving some performances as a part of the Forest Fringe programme. Whilst here I have had time to look around and I noticed the Scottish Parliament offers free hour-long tours of the building. It is possible to just show up, pass through the security and take a place on a tour. That is precisely what I did and I only had to wait 10 minutes for it to begin. An ideal start, but what of the rest of the tour? 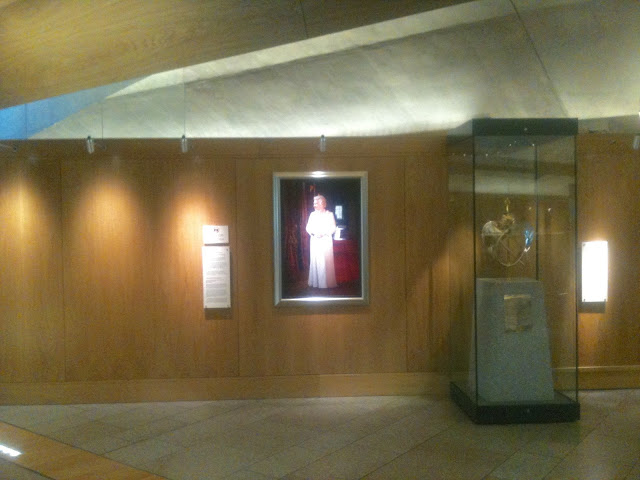 We were asked to assemble by this picture of the queen. Our guide then asked us not to take pictures whilst on the tour; the images which feature here are either ones I took afterwards or else 'stock imagery' (i.e. google image searches) grabbed from the internet. In general, I find that places that want to control their appearance in this way are generally A) projecting a neurotic public face B) fighting a losing battle and C) have something to hide. Was that true of the Scottish Parliament? 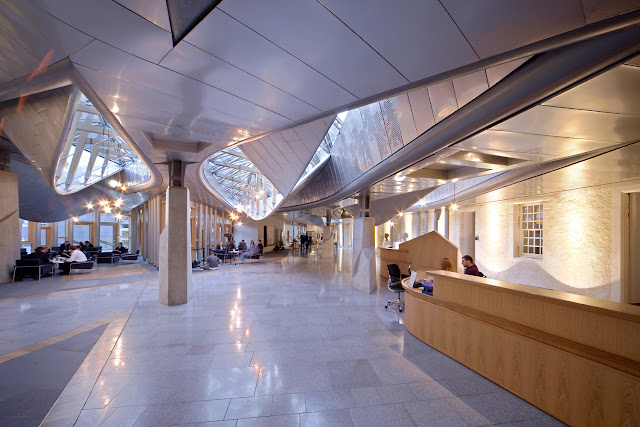 Our guide turned out to be a Portuguese lady who spoke English reasonably well and with a noticeable Scottish accent. I thought about the choice to have her as the public face of the parliament and it struck me as very progressive pro-European casting. She explained the architecture to us, pointing out features like the boats in the roof design, and then outlined how the parliament functions. We learnt who the MSPs are, how they are elected, how legislation is drafted and then we got to see their debating chamber. 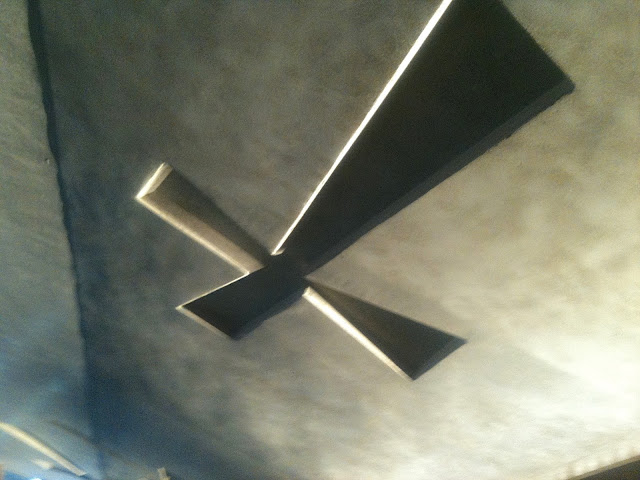 We were led through security doors into one modern space after another and given the hard sell over how good a building this was. It struck me, however, that it was not quite as stunning as she was making out and that she massively downplayed the public outcry over it coming in three years late and ten times over the original budget. She also said that it had a projected lifespan of 100 years, yet I would be surprised if it lasts half that. In short, the tour included a healthy dose of spin. 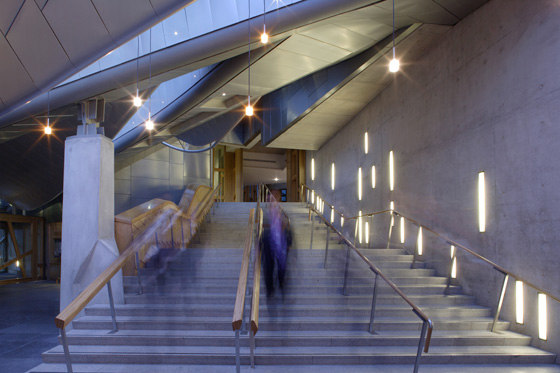 Be that as it may, she had a nice self-deprecating humour and held our attention. That said, I had something else going on during the tour which diverted my, and finally, the group's attention. I had made myself fried cabbage, lettuce and dried tofu for lunch. It was very tasty but by mid-afternoon when walking these corridors of power it came back in the form of a stream of very powerful silent farts. This was not just one or two leaking out but a veritable gas cylinder on slow release pumping foul smelling farts into the parliament. I could not leave the tour as we were inside the security doors and so I simply had to try and step aside from time to time and let them out stealthily. They were however bigger and more powerful than me and this odorous cloud hung over the tour, unacknowledged, but far from not unnoticed. This made for a delightfully British situation. 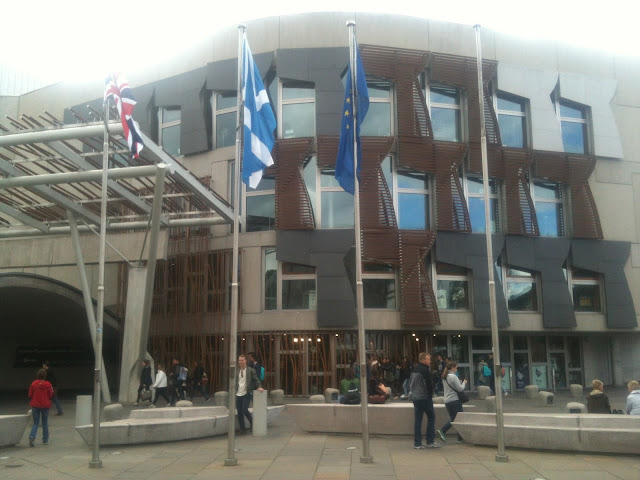 This was the first parliament tour I have gone on and it should be interesting to take another, so as to have something to compare this one with. Something tells me that they will mostly follow similar lines, politics being so much about the management of appearances, though I could be completely mistaken. Next time round I'll probably have something safer for lunch, though I should admit this quite alternative agenda did elevate the experience into something more playful which revealed a strong capacity for avoiding the elephant in the room. Finally, then, this was indeed a political tour. 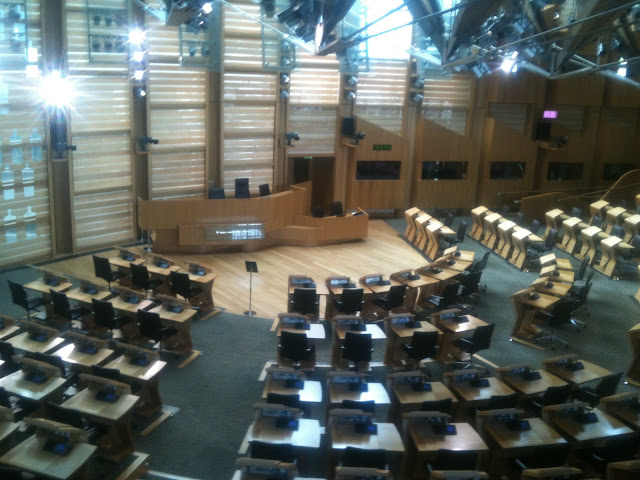 An additional thing worth mentioning is that the tour I have been giving here this week in Edinburgh for the festival has used the following tours as templates: Loop Beijing, the Amsterdam Free Walking Tour, the City Sightseeing Bus of Bath, the Avebury Earth Mysteries Tour, the Anti-Japanese Museum of Beijing Audio Tour, the Queen Mary University East End Tour, the Chinese Bus Tour of Stonehenge, the Bath Ghost Walk and, last but not least, the Scottish Parliament Tour.
Posted by Bill Aitchison at 18:48