The Amsterdam 'Free' Walking Tour: there's money to be made in free tours 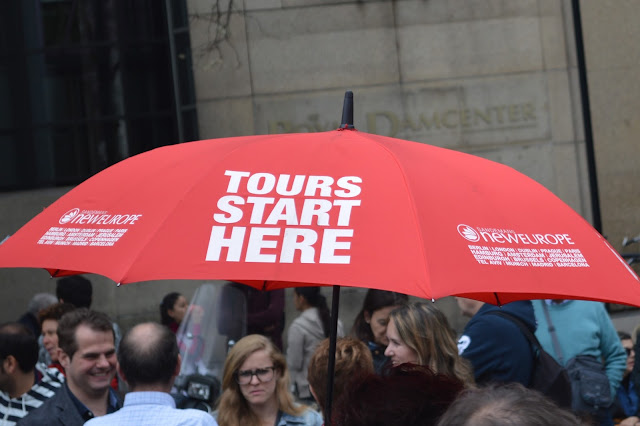 The Amsterdam Free Walking Tour is one that is heavily promoted online to the extent that it will probably be the first one you'll see displayed if you search for Amsterdam tours. That's because it's run by a big player in the guided tour business, that's to say, by a company that is running tours right across Europe. There was such a large crowd assembled on the morning I arrived, we were divided into no fewer than eight separate groups with some of the groups for English speakers and some Spanish. It was an impressive operation, but a tour is still only as good as the individual guide, so how is their walking tour? 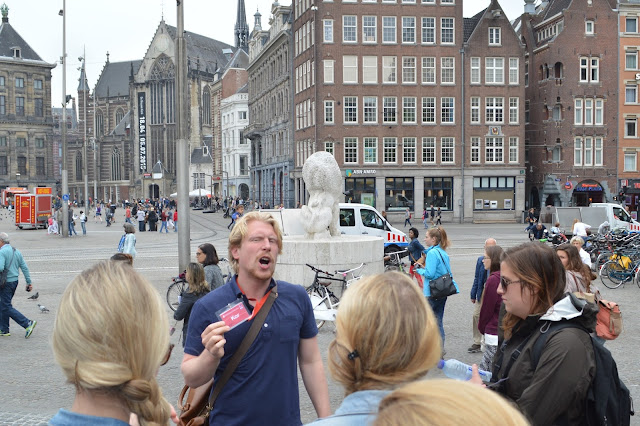 The tour is a three-hour walk around the city-centre with a focus on history. Our guide was a Dutch man with a loud voice. 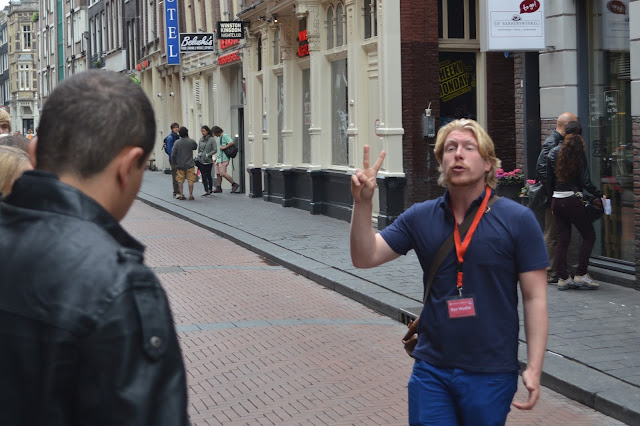 He took us to the Red Light District and here he explained its history before heading onto the Dutch East India Company, birthplace of modern capitalism, or so he said. He seemed to keep on saying 'fuck' a lot. This was not a family tour. 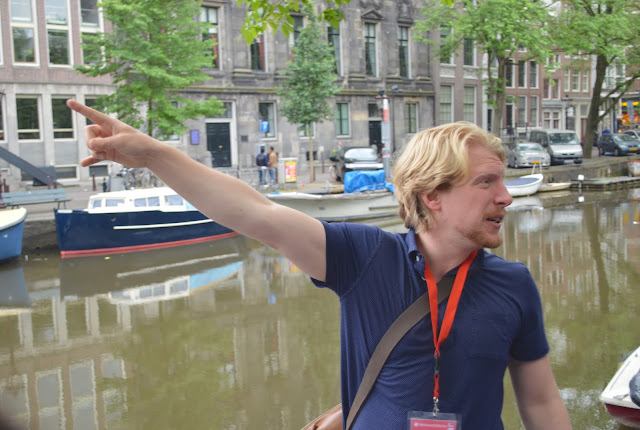 As the tour went on there was a subtle shift in the way he gave it. At first he played the part of the loud, funny, Dutch young man. With time, however, he became slightly less funny and slightly quieter. The shift was not huge but it was noticeable. It felt as if he were playing a character at the beginning that was not precisely him but which was instead what the tourists wanted to see or, more to the point, the role that the company told him to play. 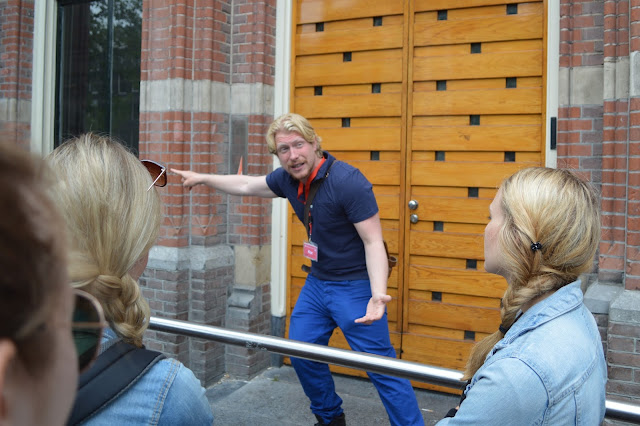 I also had the feeling he had been giving the tour just a bit too frequently. Every now and then he would forget what he was saying mid-sentence and go into auto-pilot. This is the nightmare moment for a guide: when you start waffling. He would usually catch himself quite quickly and we'd see just a second of him searching for his words. That second, when his guard was down, when he was not in character but really just himself, was something I started to quite enjoy watching out for. I had the feeling that this was when the tour was hitting against something solid. 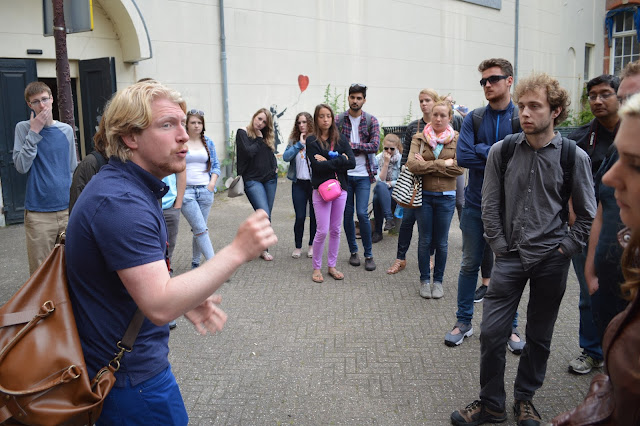 The tour was advertised as a free walking tour but it was not free in the sense of the free walking tours of Bath, which the guides refuse to take money for. This was free in the sense that you are meant to pay as much for it as you feel it is worth. What's more, I also spent 3 euros reserving my place online which I discovered, when I arrived at the start point, was unnecessary since most people just showed up without reserving. While it is still a popular and appreciated service, it might be better not to call it 'free'. Indeed during the interval in the tour, taken a city-centre cafe, there is some concentrated business with the selling of other tours and tickets onto the tourists. You can say this is all a part of the service of guiding people; they do need tips and advice on what to do and see after all. The thing is, this is not disinterested advice, the tips invariably gravitate towards companies and services with which the guides company has a business relation with. At one point in the tour the guide says the most important reason behind Amsterdam's tolerance was an almost exclusive focus on one question, "does it make money?" This tour company has a strategy in place that does indeed make money and it does so by drawing people in, particularly young people, with the label of 'free', and to then use the trust that is generated through the tour and turn that trust into euros. I also heard, from a different source, that the company works by charging the guides 2 or 3 euros for each of the tourists who start their tour. In this way the guide is under pressure to maximise the tips they get from the tourists and this shows in the way he is constantly pumping us and building up to the collection at the end. For a 'free' tour there was a conspicuously large amount of talk amount money.
Posted by Bill Aitchison at 10:18